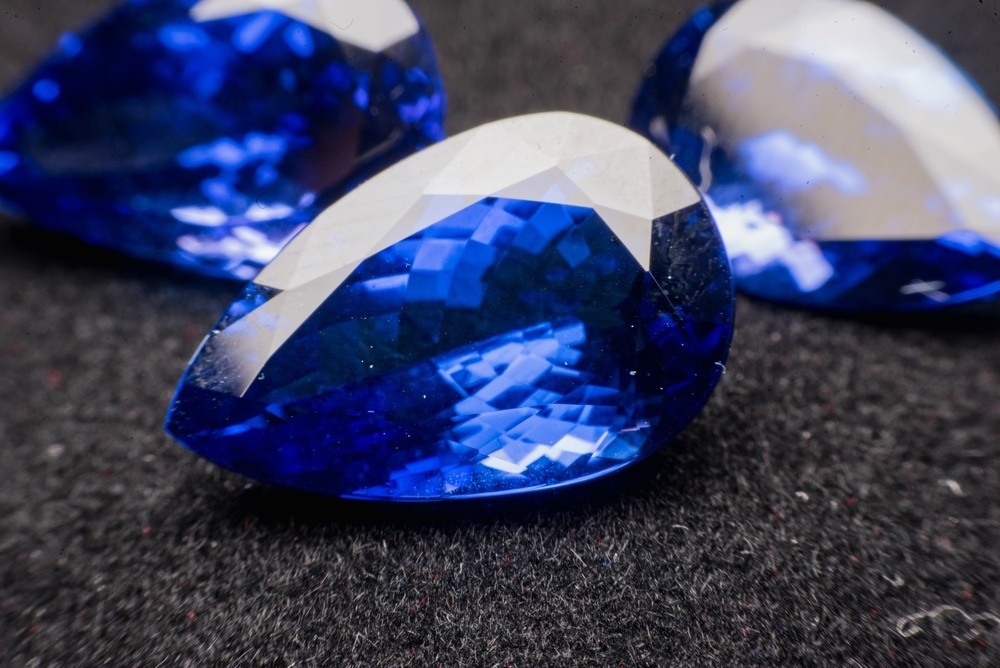 With the proliferation of new and unique men’s wedding bands and engagement rings, choosing a ring can now become as exciting for men as it is for women. Bringing sapphire gemstones into a men’s wedding ring can add a unique twist, making the ring truly special.  Here’s a look at some of the top trends for men’s sapphire wedding and engagement rings:

A Twist on the Traditional

Traditionally, men wear plain gold or platinum bands to honor their marriage to their significant other. But, many men want a way to put their own twist on the tradition of wearing a plain wedding band. For this reason, sapphire rings that put a twist on traditional wedding bands are becoming increasingly popular among men. These bands use sapphires to add a pop of color and give the ring more character and personality. Even though these brightly colored gemstones will turn heads, the ring as a whole is still subtle and sophisticated. This is the perfect trend for men who want to express their personal style without bucking tradition altogether. If you’re keen to find other unique and special mens wedding bands, then have a look at our selection of unusual mens wedding bands to buy online. 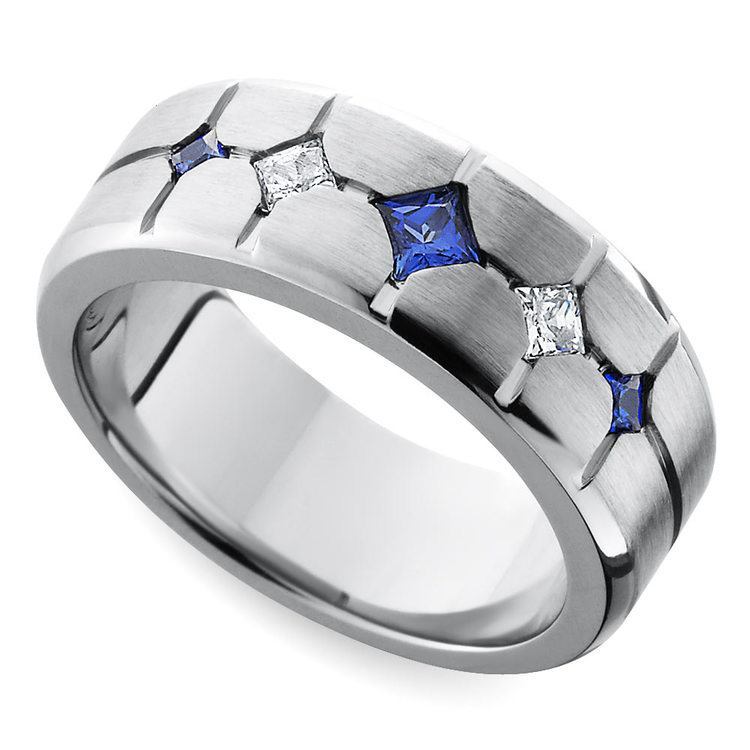 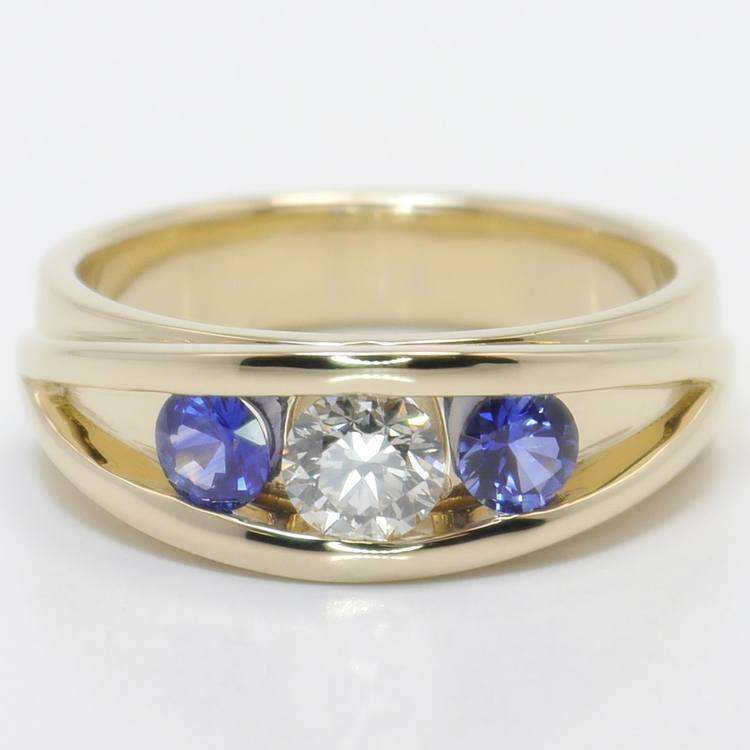 Another trend that is making waves in men’s jewelry is the bold design with clean lines look. This trend, which appeals to modern men, is characterized by simple and symmetrical designs with one or two bold details. Many designers incorporate sapphires into these bold designs by placing them front and center in the ring. The brilliant blue color of the sapphire is unexpected and edgy—especially in men’s jewelry—which is what makes these designs so daring. 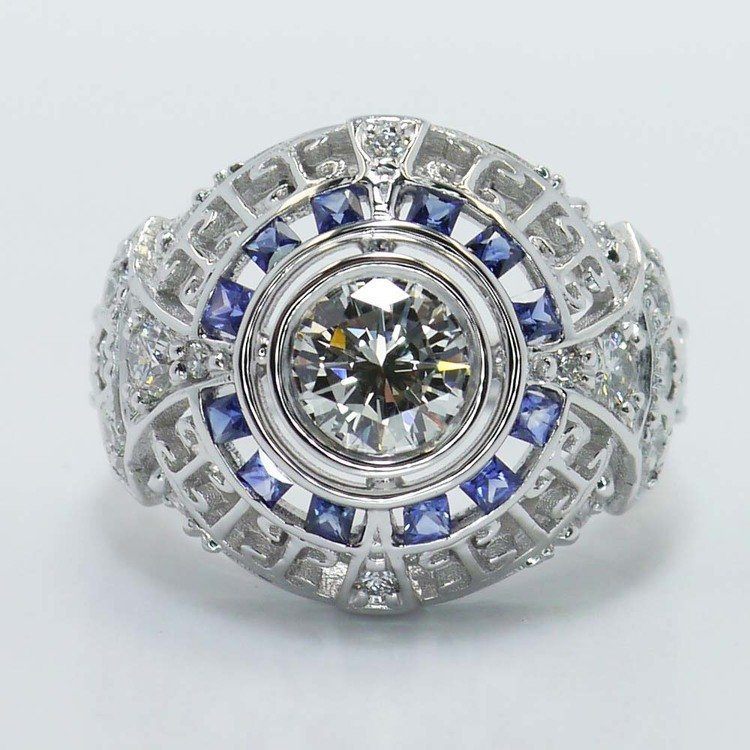 As you can see, the options are endless when it comes to men’s sapphire engagement and wedding rings. Diamonds may be a girl’s best friend, but sapphires just might be a man’s closest companion.