Why Engagement Rings for Men Are So Popular 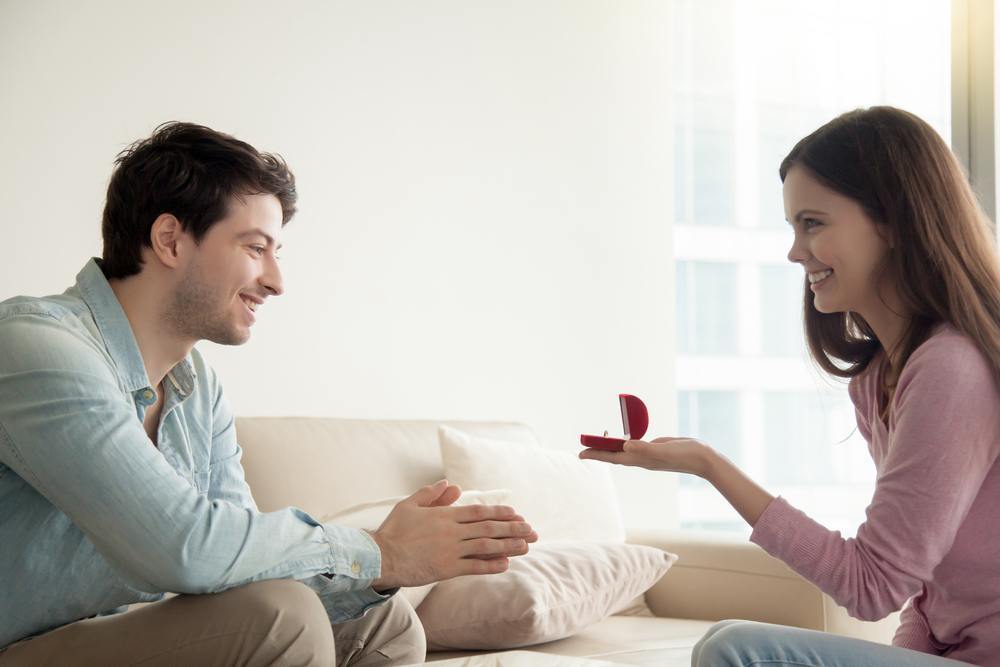 Tradition has held that an engagement includes one ring—and it’s for the woman to wear. As times change and as our preferences and gender roles evolve over time, the one-ring female-dominated tradition has now expanded to include an engagement rings for men! But whether or not couples call this an engagement ring or a ‘mangagement’ ring, the meaning remains the same: “he’s taken!”

The Atlantic explored this new trend, which has only emerged in popularity within the past decade. And if you’re assuming that it’s only women who want their husbands-to-be to wear the ring, you couldn’t be more wrong. The article notes that guys are all about the mangagement ring and this acceptance may be rooted in younger generation’s views on equalized gender roles.

While a woman’s engagement ring typically features a dominant stone, men’s rings can be plain bands engraved with sentiments or feature gemstones or diamonds. The style and design of the mangagement ring reflects the wearer, and his ring can also be customized with personalized details. 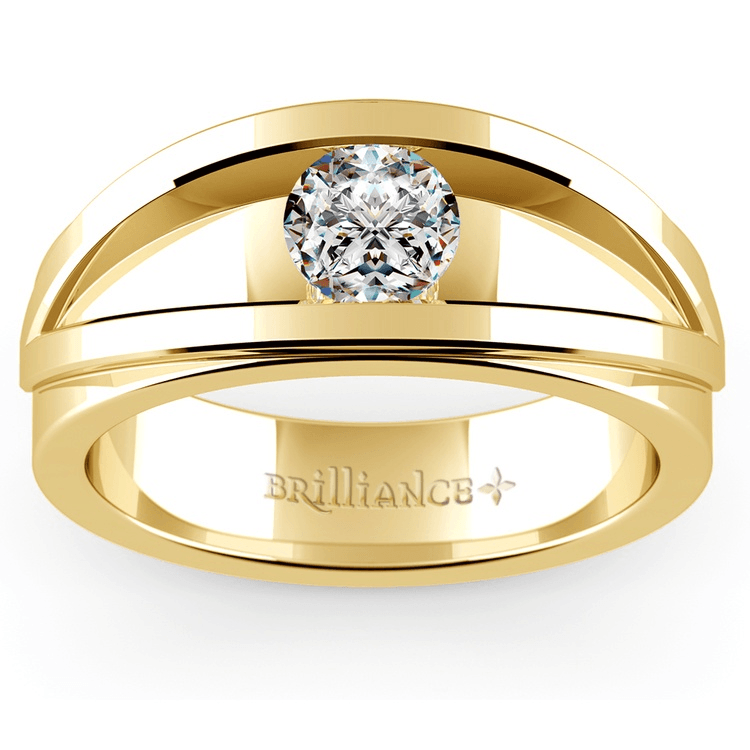 So how does a couple decide who wears the ring? Should he propose? Or should she? As gender roles change, the individual who initiates the proposal doesn’t really matter any longer. He can, or she can. Or both of you can plan a dual proposal.

If the proposal is a surprise initiated by him, then the two of you can discuss the idea of him wearing a mangagement ring. Dual rings symbolize a union and a shared journey, and a mangagement ring outwardly shows that he is in a committed relationship. However, as the man typically pays for the woman’s engagement ring, she should be prepared to pay for his mangagement ring.

While some women don’t want a large or assuming engagement ring, some men may also be put off by flashy ring designs or embellishments. A mangagement ring should be a ring that he feels comfortable wearing—this may mean that his ring is a simple silver band. Choose a ring that he wants to wear and that embraces his lifestyle and personal vibe.

Budgeting for Engagement Rings for Men

Like her engagement ring, his mangagement ring needs to fit the budget. Diamond men’s engagement rings can range from less than $2,000 to more than $20,000. Plain bands, however, start at about $100. So there is quite a range on what you can choose, and there is a ring to match almost every budget.

Discuss what he wants in his ring and then look at the options. Remember that payment plans may also help with cost management, but you still need to ensure those payments fit comfortably into your monthly budget.

Custom men’s engagement rings are also another option. Brilliance can work with you to design a custom ring that matches your budget; the design options are endless. 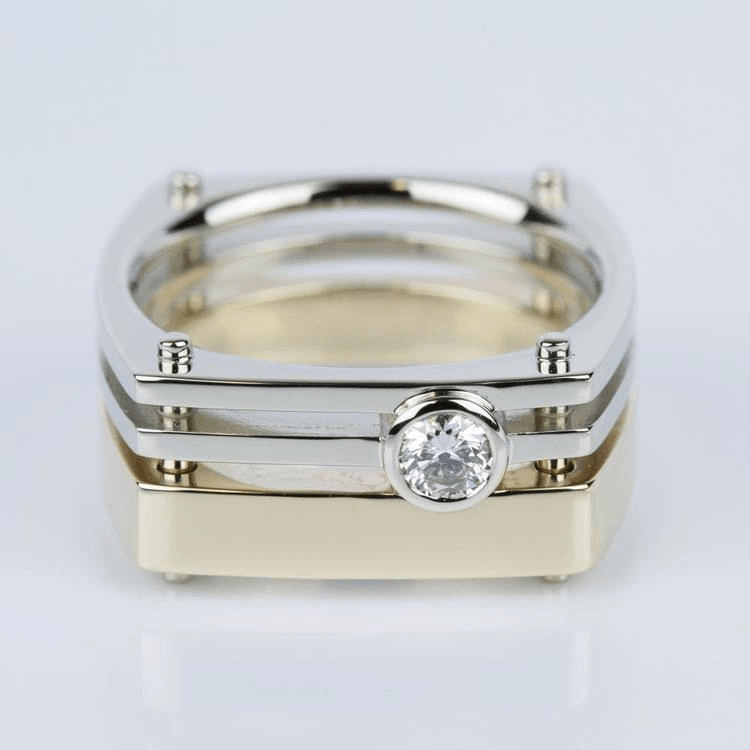 What About the Wedding Band?

For mangagement rings, the custom is the same—or, at least, quite similar. On the day of the wedding, move your engagement ring to your right hand. The wedding band will be worn on the left hand, and you can place the management ring above it or keep the ring on the right hand. The placement of the mangagement band after the ceremony is completely up to the groom and his comfort. Some men may feel that two bands are just too cumbersome.

While tradition has dictated that only women wear engagement rings, the younger generation’s views on gender roles have changed how couples are symbolizing and celebrating their engagements. Today’s couples say “yes” to each partner wearing an engagement ring. An engagement is no longer one-sided with only the woman being marked as taken, and a mangagement ring outwardly symbolizes his role in the commitment and shows to the world his love and devotion.