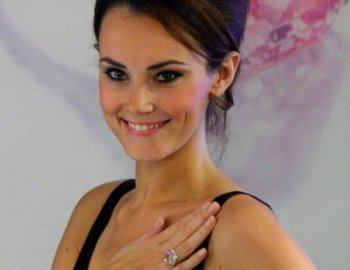 A rare pink loose diamond was purchased by jeweler Laurence Graff on November 16, 2010. The “fancy intense pink” diamond weighs 24.78ct. Graff named the pink diamond “The Graff Pink”. Graff paid double for the pink diamond than he did for the blue 35.56ct diamond in 2008, which was named the “Wittelsbach-Graff” diamond. Graff, who competed with four other bidders, shocked everyone when he bid $46,158,674, which is the most anyone has ever bid for diamonds before. Harry Winston last sold the jewel 60 years ago, however the current seller decided to remain nameless. Graff re-cut the blue diamond that he bought in 2008, which stirred much controversy for altering such an exquisite piece. Sotheby’s revealed that there is a small imperfection on the pink diamond, which cannot be seen by the naked eye and may receive clarity grade of “internally flawless” after it’s re-polished. However, it is unknown yet whether Graff will alter the pink diamond as well.