One of the most common questions for those on the market for a diamond is what is the difference between a normal round cut diamond (also known as the old European cut) and a round brilliant cut diamond? To the naked eye, they may look quite similar, but there are a number of distinct differences between the two. In many cases, they will both be classified as a round cut, but the shape, placement, and number of facets alter the brilliance of the two different cuts significantly.

The modern round diamond, the round brilliant, is the most popular diamond shape on the market, representing seventy-five percent of diamonds sold today. The diamond is prized for its brightness and brilliance, making it one of the more sparkly diamond cuts on the market. The round cut is excellent for reflecting light and dispelling color, meaning they maintain the same aesthetic appeal even with lower clarity and color ratings.

Round cut diamonds are also some of the most expensive diamonds on the market because the brilliant cut shape results in a greater loss of original diamond carat weight during cutting and processing than other diamond cuts. But this diamond shape, and the ways that it is cut, were not always the same. Learn about the evolution and differences of the round diamond by comparing the old European and round brilliant cuts.

History of the Round European Cut and Round Brilliant Cut

The round shape has existed since the late 19th century when the development of new cutting technologies. The old European cut was a stalwart favorite of the Victorian, Edwardian, and Art Deco eras that came shortly after its introduction in the late 1800’s. With the most productive African diamond mines yet to be discovered, contemporary cutters had a much lower quantity of rough diamonds to work with than we do in today’s market, often of a lesser clarity or color than we are used to today as well. The old European cut was designed to circumvent this by hand cutting stones to increase color and clarity. While round diamonds today are cut for brilliance, the old European cut was cut for color, using its unique faceting structure to bring out the best in each individual stone. 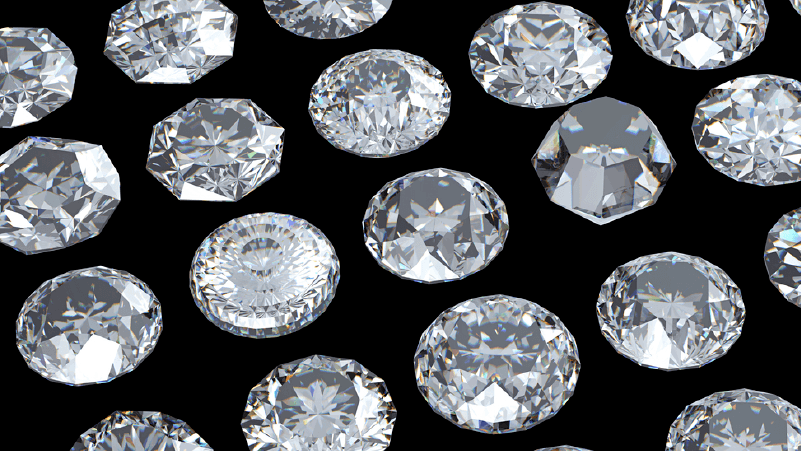 As diamond cutting techniques advanced, modern round brilliant cut was developed to maximize the light and brilliance of a stone. Magnification technology also allowed jewelers to see microscopic flaws and allow diamond clarity to guide how they cut to produce higher quality stones. Over time, tables have become larger, culets smaller, and facets leaner and longer overall. These changes have been implemented to bounce light that enters the stone right back out into the eye of the wearer, producing the signature sparkle and glamour of much of modern jewelry. In contrast, the old European cut captures light differently and draws the eye into the stone, rather than radiating light back outward.

Nowadays, round diamonds are cut using the brilliant cut faceting structure. If you’re looking for a stone in the old European cut, you’ll need to select a vintage diamond or find a cutter who has bothered to learn the aged craft. Both versions of the round diamond have evolved as favorites over the past century. 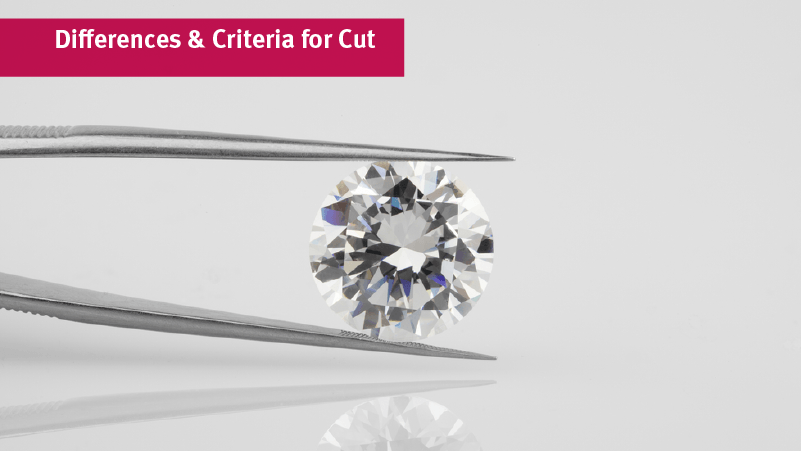 The differences between the two cuts are subtle since they both have a round shape. Both have 58 facets (57 when there isn’t a culet). As mentioned, the primary visual differences are the quality of light the diamond reflects and its general brilliance. While old European cuts draw light and the eye, the modern brilliant cut was designed to maximize light return (brilliance) and dispersion (fire). Because of this, old European cuts have a warmer charm to them, while the modern brilliant cut gives off a high degree of fiery white light, lending it its namesake brilliance factor. If you rock or tilt an old European cut, you will notice a different pattern of light and dark in the stone than you’ll see in a contemporary round brilliant.

Many consumers value the old European cut’s different interplay with light designed for candlelight and gas lighting as opposed to our modern, harsher light. The old European cut typically shows larger face-up patterns of light and dark, which result in a “checkerboard” or “blocky” pattern. The tighter mosaic of light and dark achieves the greater degree of brilliance, but also results in splintered pattern of light.

According to specifications from the GIA, “trade professionals characterize old European cuts as having small table facets, heavy crowns, and overall “deep” or “steep” proportions.” GIA will designate a round diamond as an old European cut as long as three of four of the following criteria are met. The diamond has a table size less than or equal to 53% of the crystal’s diameter, a crown angle greater than or equal to 40 degrees, lower half facet length less than or equal to 60% of the total crystal, or a culet size that is slightly larger than average.

When a diamond receives the designation as an old European cut, it is not issued a cut grade by a gemological laboratory because of the variance between each stone.  Cut grades are based on the scientific specifications for cutting round brilliant stones, originally developed by Marcel Tolkowsky. Only a round brilliant diamond can be assigned a cut grade. 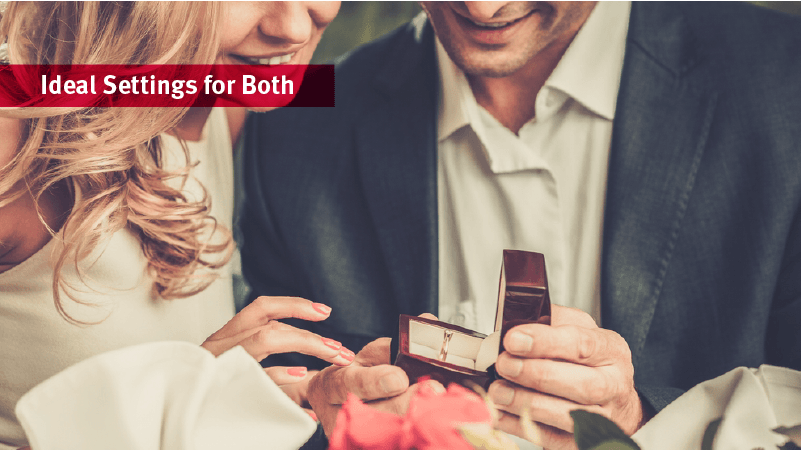 Ideal Settings for Both

Whether you select an antique, old European cut or the flashier modern brilliant cut diamond, you are guaranteed to have a diamond of spectacular beauty and brilliance. However, you’ll want to select a setting that is ideal for your specific diamond cut.

The old European cut is best set in vintage and antique setting styles, which reflect the cut’s own origins and historical roots. Consider an Edwardian style setting with side stones, which reflects one of the old European cut’s greatest eras of popularity. The original round cut is also a great choice for an Art Deco style ring, aligning well with the symmetry and sleek architecture of that style. Or consider an antique style band with floral details on the side that enhance the cut’s traditional charm and elegance.

The modern brilliant cut looks good with nearly any setting, a versatility that adds to its dominating popularity. Consider something that amps up the sparkle even more — after all, you’re choosing the diamond cut with the greatest degree of brilliance. A split shank ring with smaller side stones provides a chic, elegant style that both emphasizes that size of your diamond and adds to the overall sparkle of the ring. Or consider a halo setting to provide, unquestionably, maximum glamour. However, if you want to go the opposite direction and select a setting that allows the brilliance of your stone to stand on its own, go for a solitaire setting — a classic four or six prong setting elevates the stone, allowing its shine to stand above the crowd on your finger.

Whether you’re seeking the old world elegance of an old European cut or the modern brilliance and fire of a round brilliant cut, you can’t go wrong with a round cut diamond for sparkle, beauty, and timeless charm.