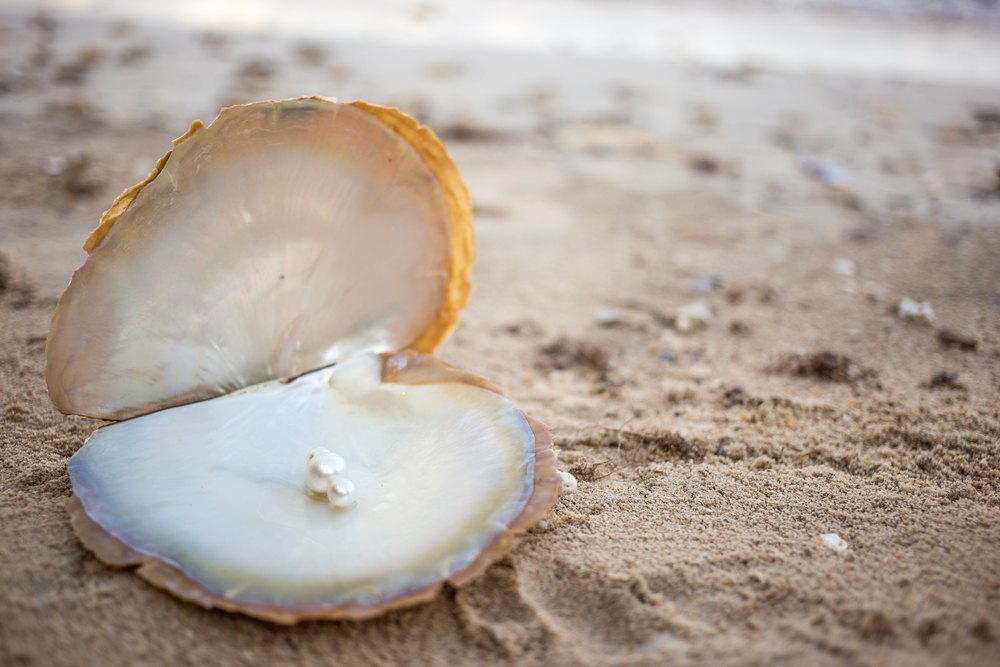 Each month is associated with its own beautiful gemstone. The June birthstone is the pearl, which is the only precious jewel that is created by a living animal!

Pearls develop naturally inside mollusks such as oysters. It all starts when a microscopic object such as a grain of sand becomes lodged inside the mollusk’s shell. The mollusk reacts to the object’s presence by covering it in layers of nacre, which eventually leads to the creation of a beautiful, shiny pearl.

Natural pearls form by the millions, but pearls that are high quality enough to have value are only found at a rate of 1 in 10,000. This makes any piece of pearl truly unique and special.

Most pearls that are sold today have been farmed, which means they have been grown inside mollusks in a controlled environment on a pearl farm. Natural pearls, or those that have grown in the wild, are incredibly rare and expensive. 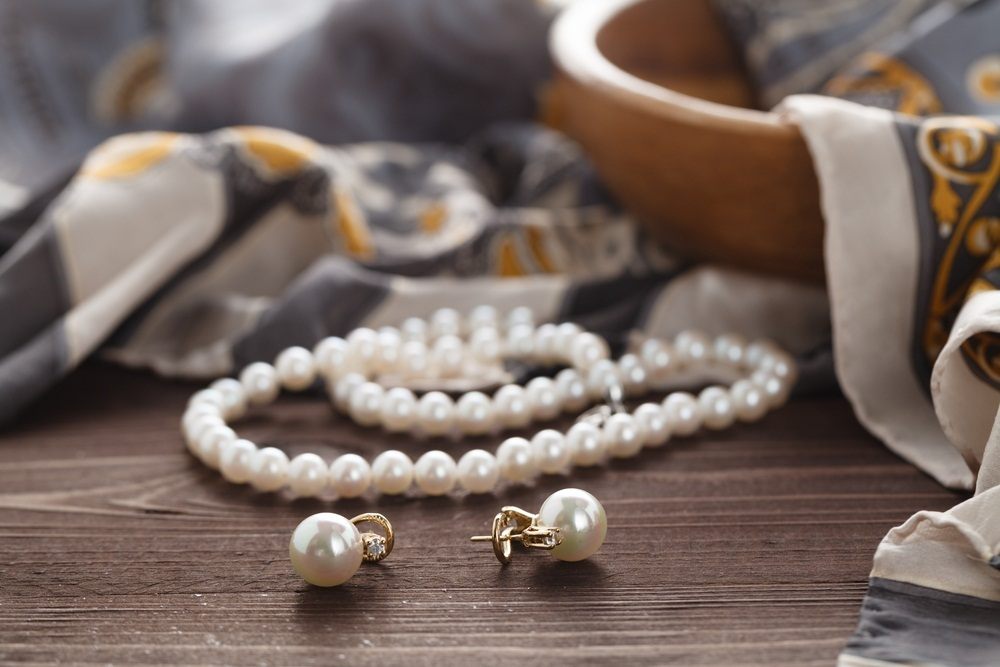 The Many Faces of Pearls

White is probably the first color that comes to mind when most people think of pearls. However, pearls are actually found in many different colors.

The highest quality pearls are cream-colored with a shiny, reflective surface that can show a rainbow of colors when hit by natural light.

There are black pearls, too. Despite their name, these pearls are not actually black, but rather dark-colored with hints of purple, green, blue, or brown.

What’s the Meaning of the Pearl Birthstone?

“Who comes with summer to this earth

And owes to June her hour of birth

A pearl should wear against her skin

Whose innocence many a heart shall win.”

The birthstone for June symbolizes plenty of personality traits. People who have the pearl as their birthstone are said to be wise, pure, and wealthy.

They’re also said to possess integrity, fidelity, and spirituality. In short, if you’re born in June, chances are that you’re a pretty great person.

People discovered pearls before they discovered oysters, probably finding them scattered loose along the beach while foraging for food. Before we knew that pearls come from oysters, their presence was explained away by ancient mythology.

Pearls have been around as long as the animal kingdom has been, and in the centuries past, people have described them as dewdrops from heaven, or the tears of angels, nymphs, faeries, and mermaids.

In fact, ancient Greeks told stories of Aphrodite raining pearls from her body instead of water droplets when she emerged from the sea! It has also been said that Eve, after being forced out of the Garden of Eden, cried tears that quickly turned into pearls.

Another legendary story says that Cleopatra made a bet that she could eat the worth of an entire country in a single meal, and to win, she dissolved a single, ultra-valuable pearl into a glass of wine, and chugged the entire glass clean.

Some ancient cultures believed that pearls could not develop unless the mollusk was “fertilized” by a flash of lightning.

Although modern medicine can’t vouch for these antidotes, people used pearls to heal all kinds of ailments in centuries past. Pearls were said to be a great cure for insomnia and memory loss, even insanity.

In some cultures, they were also said to be a useful fertility aid, and to cure heart, stomach, and spleen diseases. 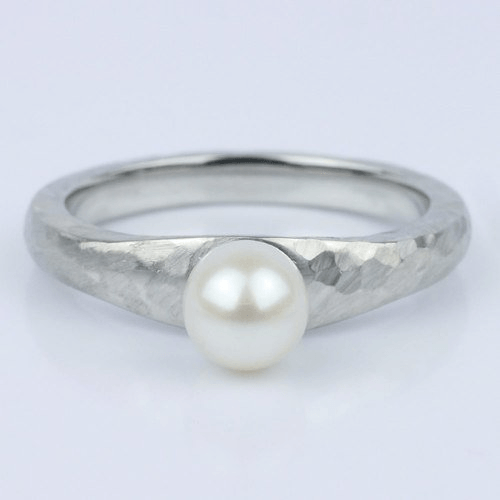 Pearls have become a part of common traditions in many different cultures. In China, pearls are said to bring wealth and luck, so they are often given as gifts to loved ones.

Ancient Greeks associated pearls with love and marital success, so it became a tradition for newlywed brides to wear a single string of pearls around her neck on her wedding day. Today, pearls are still seen as a classic among traditionally-minded brides, especially by royalty and people of high social stature.

Looking for the perfect anniversary gift? You’re in luck! Pearls are a traditional gift for many special anniversaries, including the 1st, 3rd, 12th, and 30th. A gorgeous June birthstone ring or a set of carefully-chosen Tahitian pearl earrings may be just the gift you’re looking for, and you have the benefit of it being a meaningful birthstone, too.

June-born celebrities are too plentiful to count, but some notable people with the pearl birthstone include:

If you were born in June, then it looks like you’re in good company! 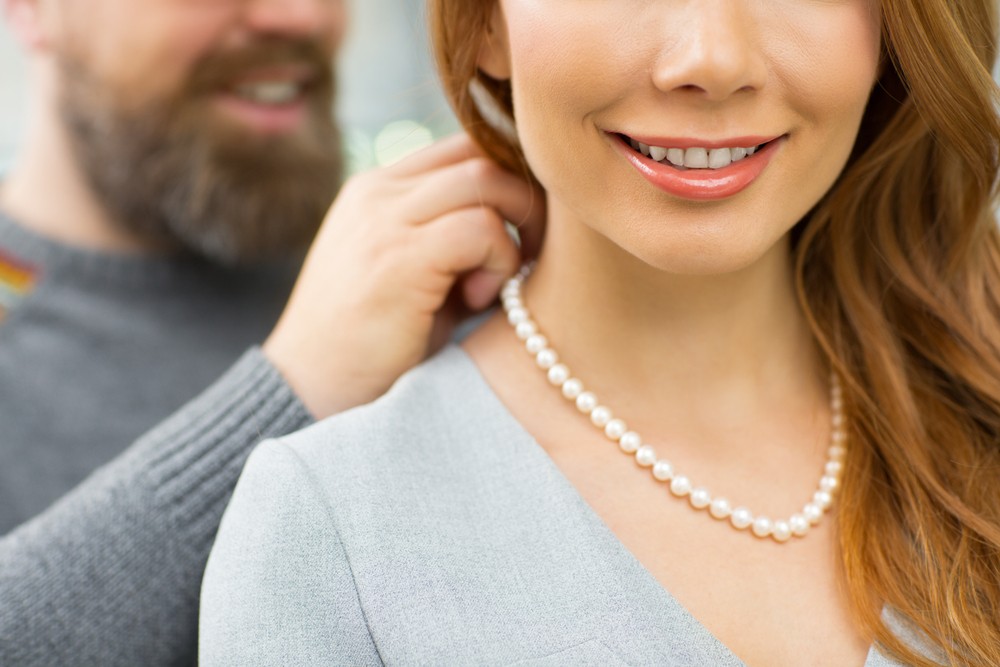 How to Wear Pearl Jewelry

Pearls are versatile gemstones that can be incorporated into practically any piece of jewelry.

A pearl strand necklace is a timeless and chic look that screams sophistication. Simple pearl stud earrings or a dainty pearl bracelet also allow people who were born in June to show off their birthstone in a subtle manner.

If you really want to show off your June birthstone, consider incorporating pearls into your engagement or wedding ring design. Birthstone engagement rings are becoming increasingly popular, so now is the time to rock this trend.

There are endless ways to wear pearls, and fortunately, these gemstones are versatile enough to complement your entire wardrobe. Plus, pearls work well with both casual wear and formalwear, so you can truly wear these gemstones everywhere regardless of the dress code!

The Beauty of the June Birthstone

No doubt, anyone should be thrilled to have pearls as their birthstone. Pearl, the June birthstone, boasts a rich history, a mythological background, and a unique position as a naturally-occurring precious gem that comes from the animal kingdom.

If you were born in June, wear your pearl jewelry with pride!