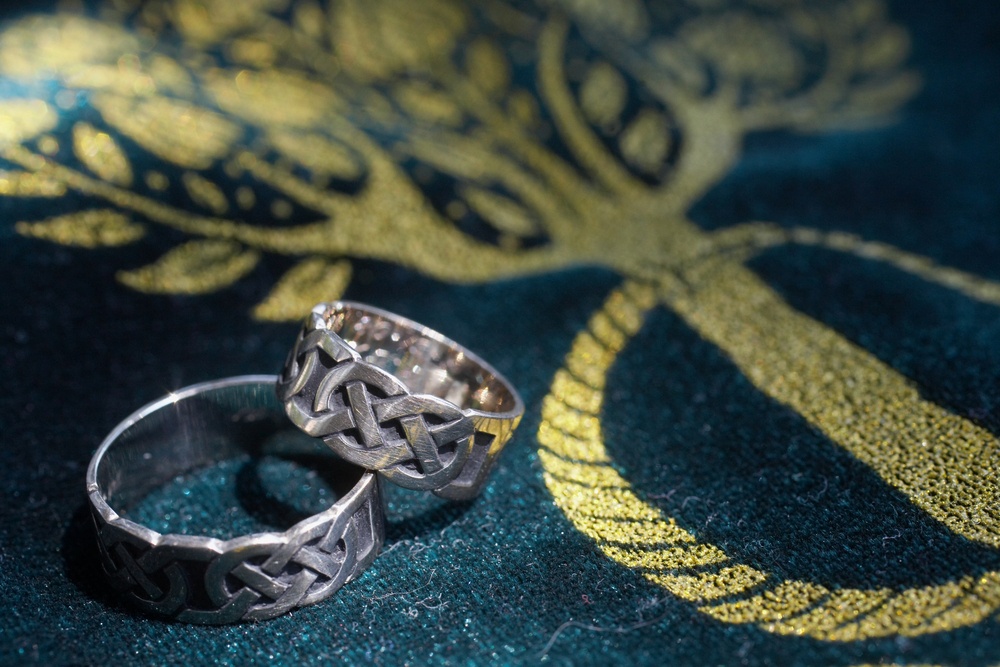 Men’s Celtic wedding rings are rooted in the traditions of Ireland and the intricate details and meanings of Celtic knots and designs. While many know the story and symbolism behind the traditional Claddagh ring, Celtic knots can hold many different meanings. Each knot is unique and symbolic in its own way. And these knots have no beginning and no end—a nod to eternity.

According to Udemy, the basis for Celtic knot designs were first woven during the 7th Century in Italy and Gaul. The ancient Book of Kells includes some of the best examples and imagery of Celtic knotwork. Celtic knots can be woven into many different shapes like squares (known as a “shield knot”), circles, hearts or even a knot resembling a tree. When you want to tie Celtic wedding rings with a meaningful knot inspired by ancient traditions, uncover the knot that holds a meaning symbolic of your vows and love for him. 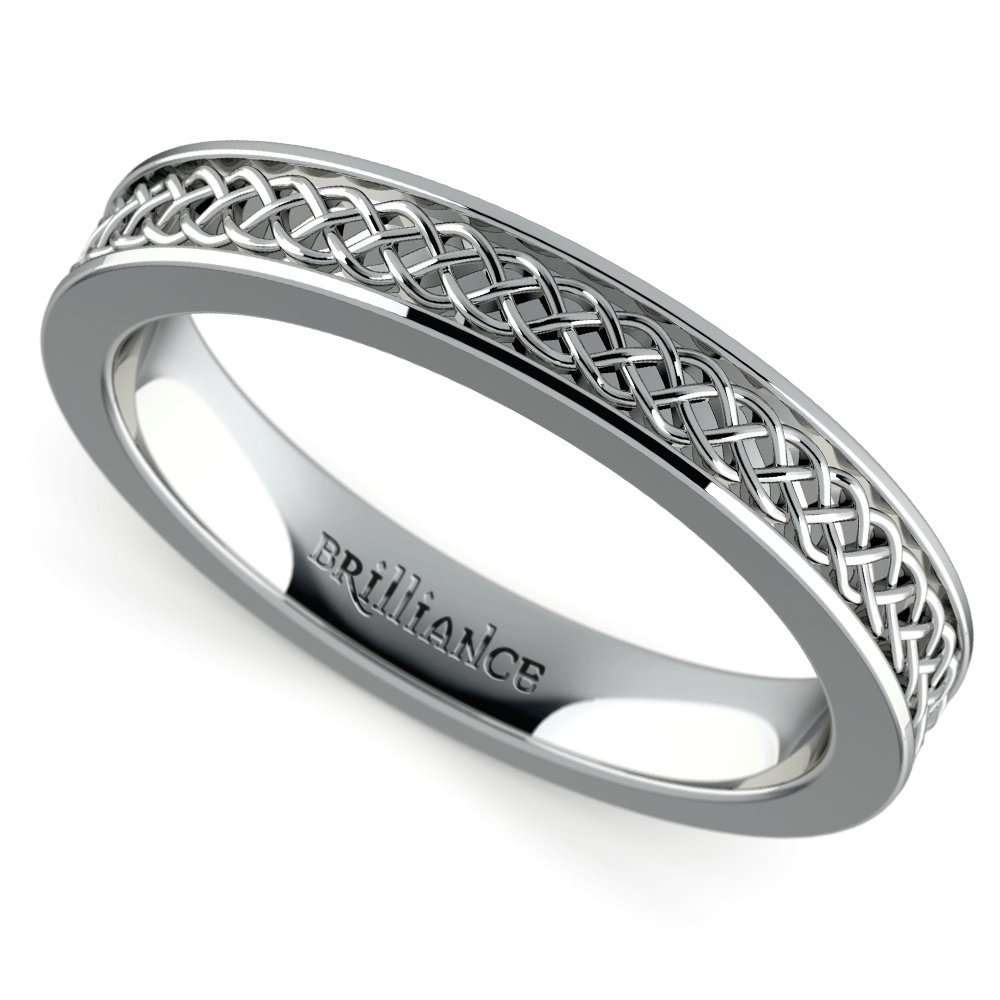 A basic traditional Celtic knot will have no ending. This winding knot can symbolize eternity and the unbreakable vows of marriage. 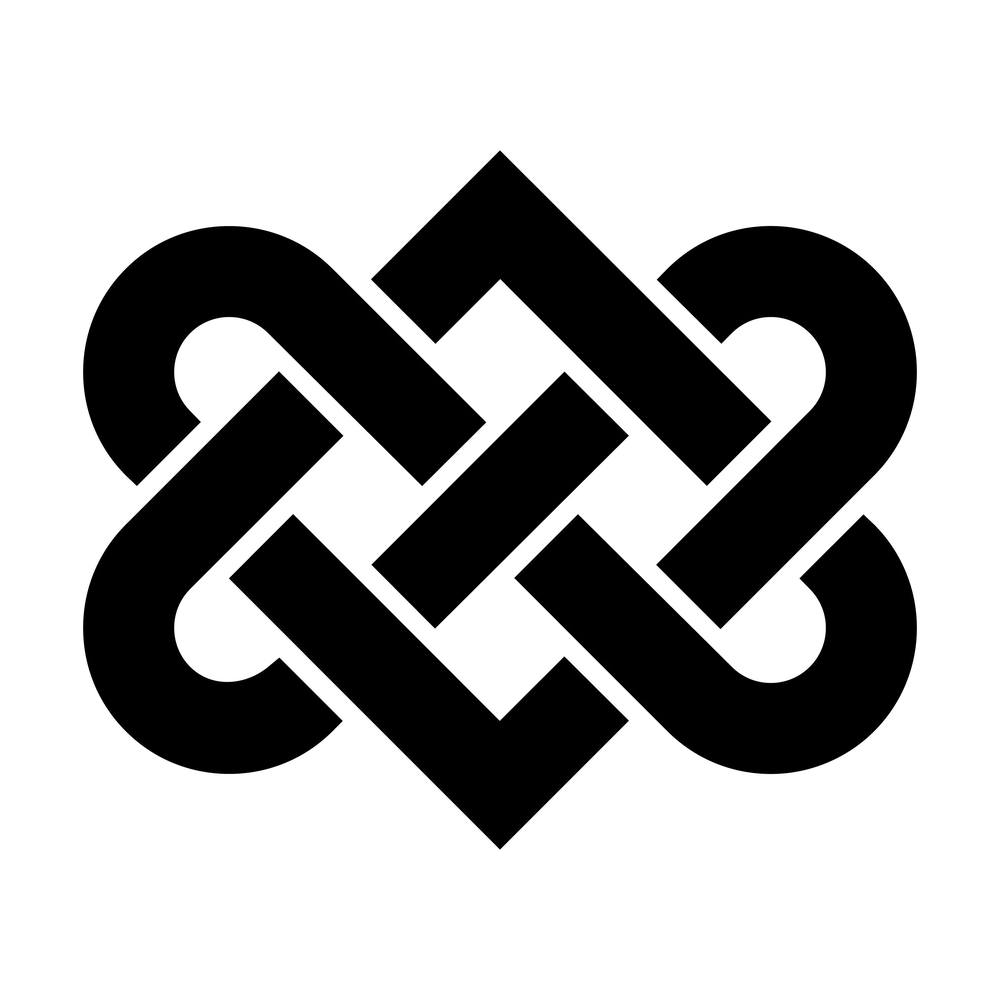 A Symbol of Love

One type of knot incorporates the shape of a heart, and it’s aptly named The Love Knot.  Use this knot as a literal symbol of eternal love. 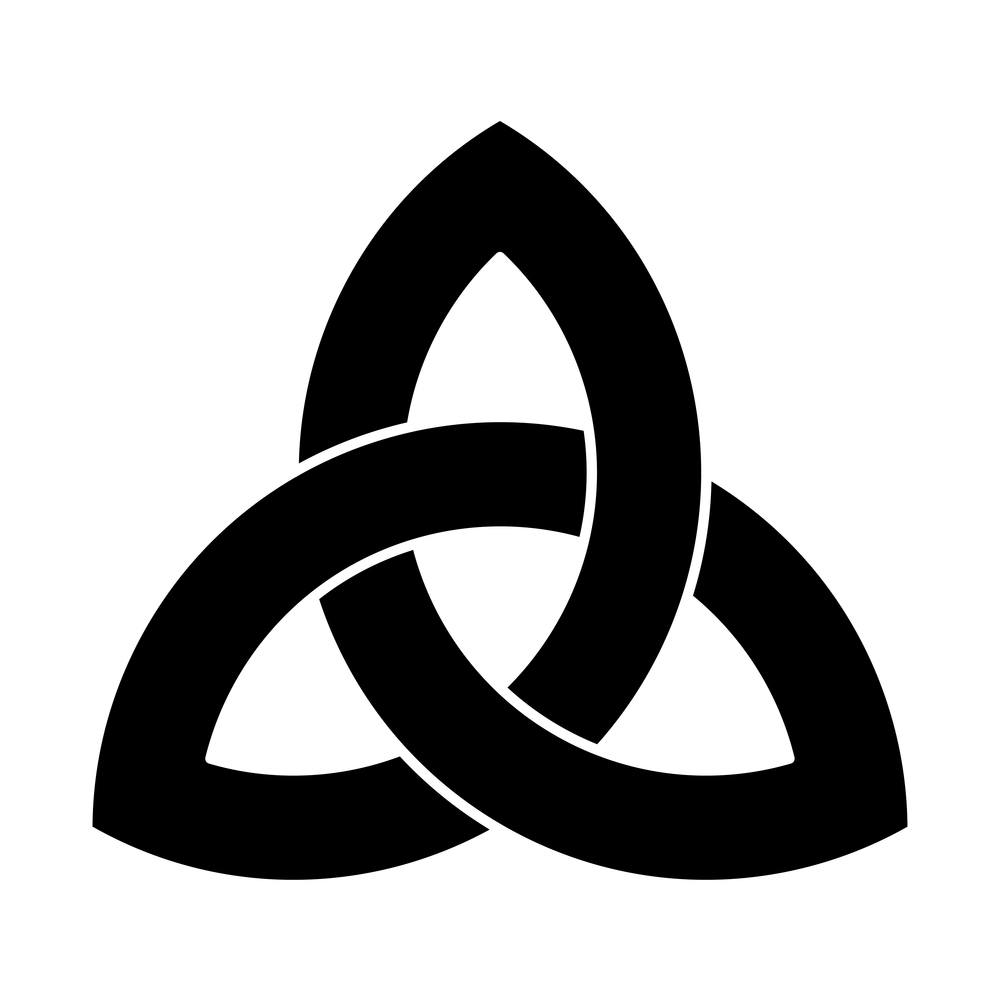 The trinity is religious in nature for many, symbolizing the holy trinity (the Father, the Son and the Holy Spirit). However, a Celtic trinity knot (also known as the Triquetra) can also represent time—the past, present and future. While the meaning may be unique to the individual, the symbolic design is timeless. 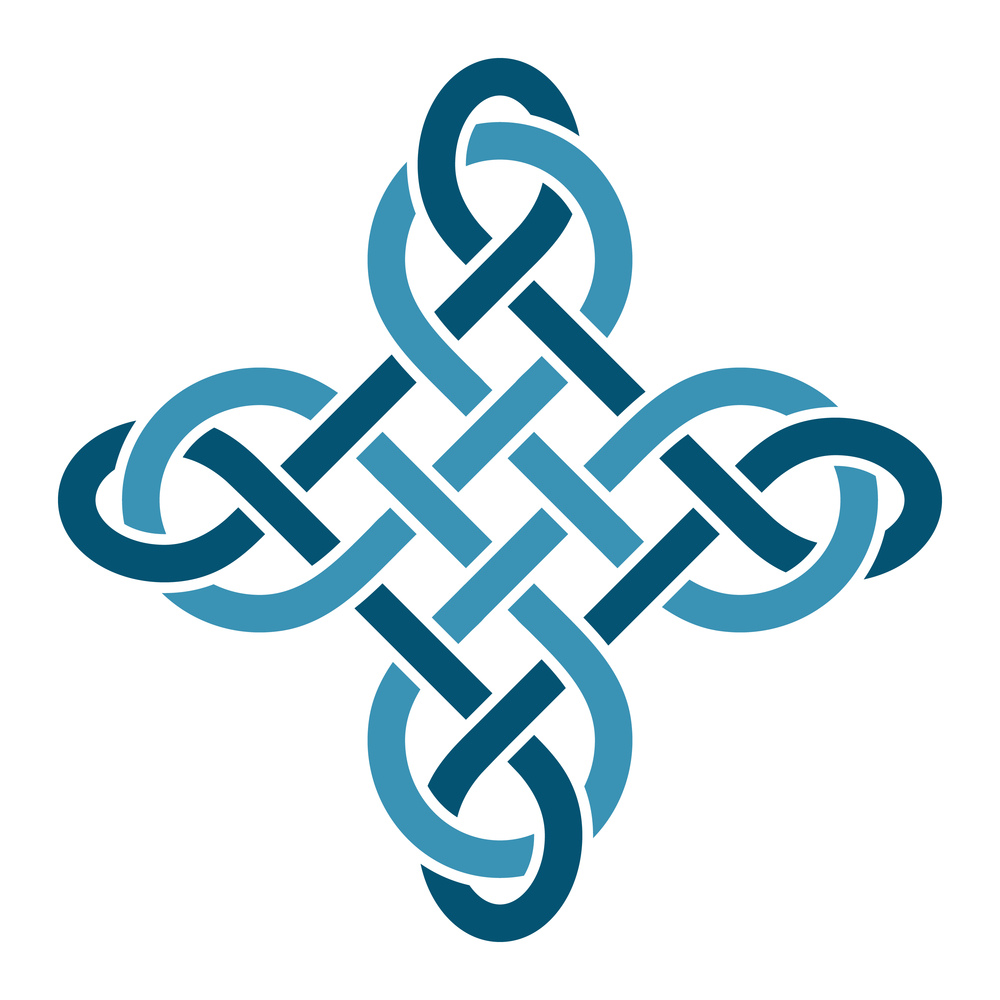 A Nod to the Ocean

One of the most popular Celtic knots is the Sailor’s Knot. According to Myologian.net, this knot was used by Celtic sailors as a way to honor the loved ones left behind when they went to sea. This is the perfect knot for those serving in the Navy. 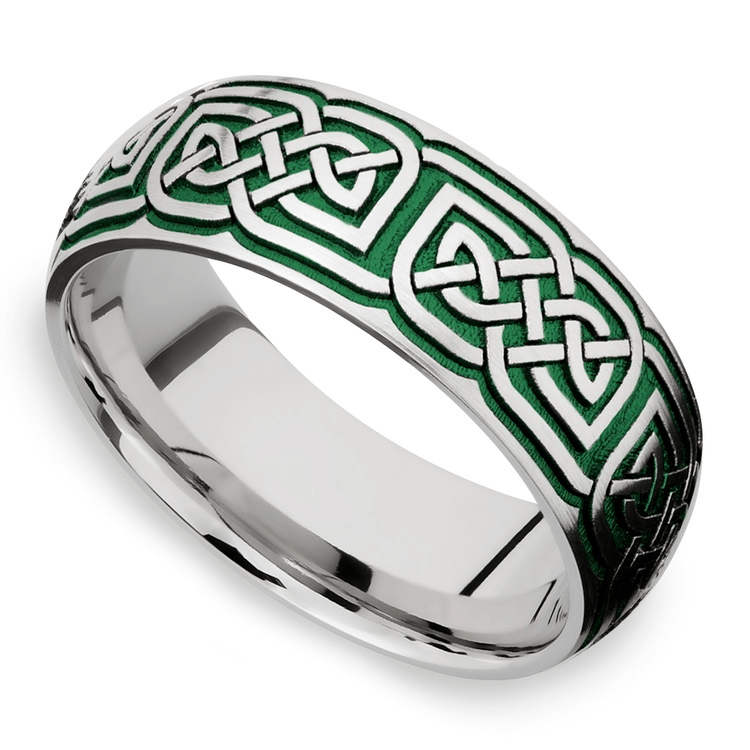 The Dara knot symbolizes ‘strength in numbers’ and is the ideal symbol of the unity of marriage. The knot’s name was derived from the Celtic word “doire,” which means “oak tree.”  Oak trees are also known to be a symbol of strength and endurance.

Celtic wedding rings can include designs other than knots, however. The Celtic tradition is filled with symbolism that includes crosses and, of course, the traditional Claddagh design. 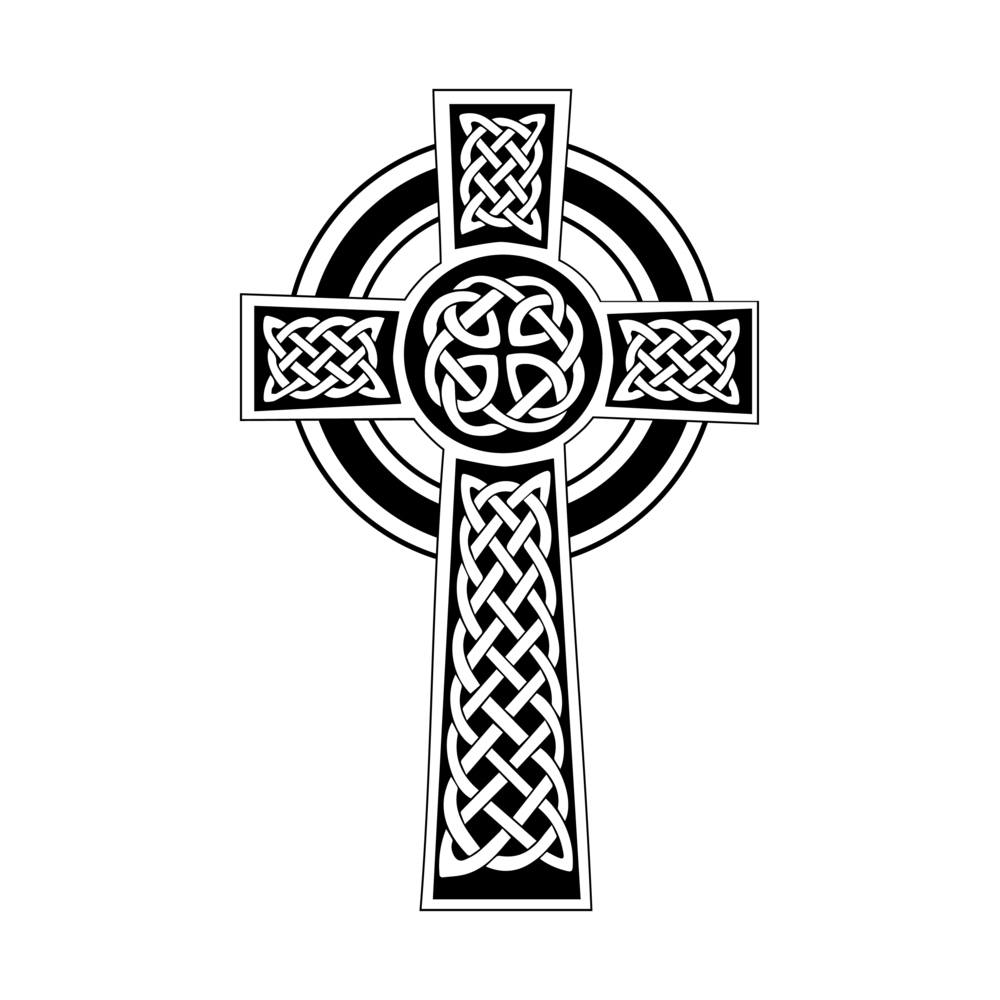 The Celtic Cross is one of the most recognizable symbols and knots. This design holds an ethereal appeal and nods to both Christianity and ancient times. While designs may feature a knot in the form of a cross, the Celtic cross is also a prominent symbol. The cross may symbolize faith and strength. 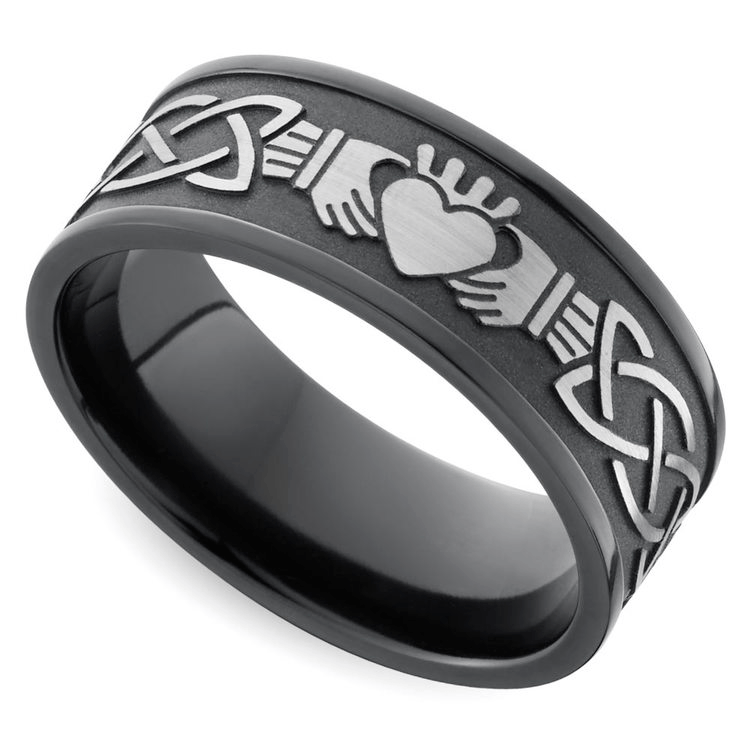 The Claddagh ring is one of the most popular Irish traditions. This design features two hands holding a heart that bears a crown. When the wearer is unmarried or not in a committed relationship, the tip of the heart is worn outwards so it can be ‘captured.’ Individuals are married or in a relationship should wear the ring with the tip of the heart pointing downward on the finger.

Each Celtic knot and design is unique and weaves a ring with strength, love, or a promise of forever. However, the lore and traditions of the ancient Celts embraces more than just knots. The Celtic Cross can be used as a symbol of faith, while a traditional Claddagh points his heart away from those who wish to claim it. No matter what ancient inspiration you select for Celtic wedding rings, the design and details should honor and celebrate your significant other’s character and your love for him.