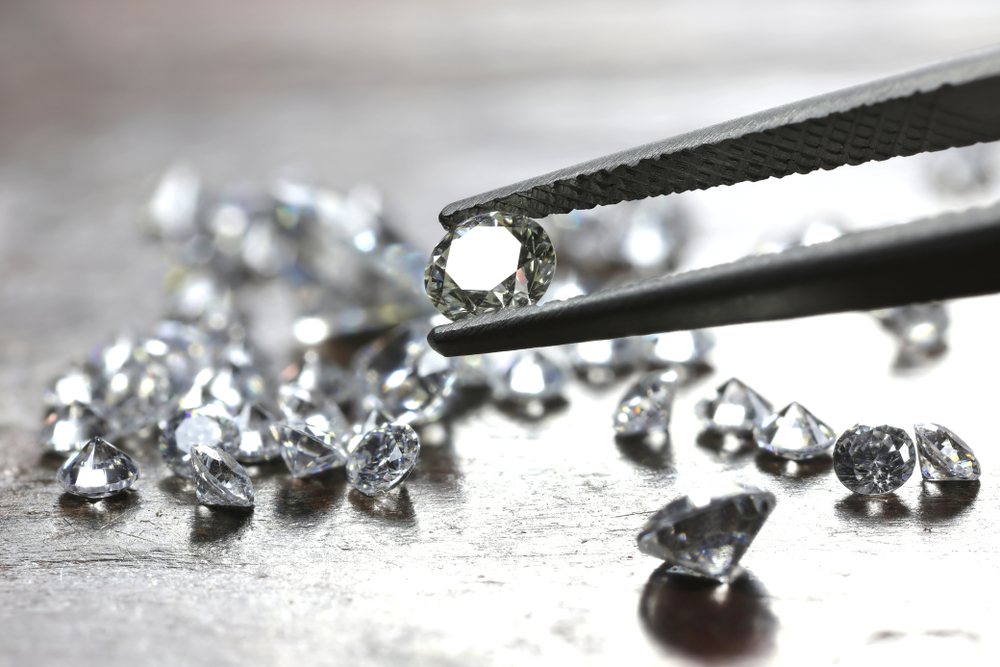 Each month is closely associated with a beautiful gemstone, which is referred to as the birthstone for that month. Emeralds, rubies, and amethysts are all beautiful birthstones for May, July, and February, respectively, but perhaps the most popular birthstone belongs to the month of April.

Here’s everything you need to know about the Diamond, the April birthstone:

Many precious gemstones, including rubies, emeralds, and sapphires, form in the planet’s crust. But, diamonds form hundreds of miles below the crust in the Earth’s mantle.

The Earth’s mantle is a high temperature, high pressure environment. Carbon atoms that are under these conditions will start to bond together to form crystals, eventually turning into diamonds.

It is believed that massive volcanic eruptions are responsible for bringing diamonds close to the Earth’s surface from the depths of the planet’s mantle. The diamonds that make this journey are found within Kimberlite, which is cooled volcanic material.

Kimberlite completely preserves the diamond’s natural form so they can be mined from the earth and sold to consumers around the world. 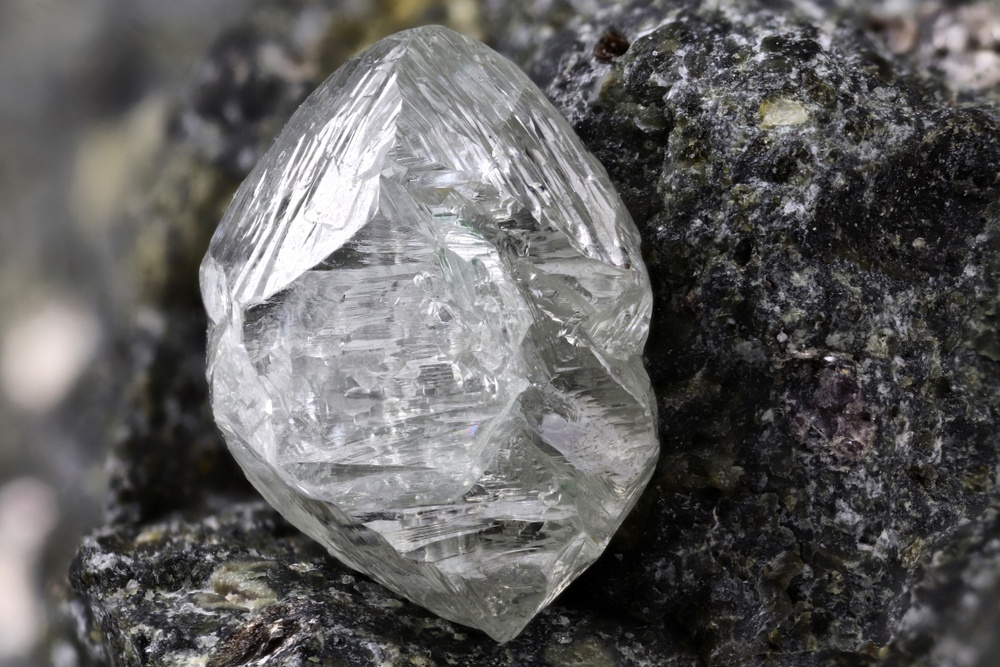 What’s the Meaning of the Diamond Birthstone?

Engagement rings are often designed with sparkling diamonds. For this reason, the diamond has become a symbol of love, commitment, and marriage.

Its durability and hardness has also helped the diamond come to symbolize strength, power, and unbreakable romance.

There’s no doubt that having the diamond as your birthstone will make you feel more empowered and committed to the loved ones in your life!

Diamonds are mentioned in famous myths from many different ancient civilizations.

Ancient Indians believed that diamonds were formed when lightning struck the Earth. The people of this culture also believed that Krishna, a deity, gave his romantic partner a diamond so she could see her beauty in its reflection.

Diamonds were found in Roman and Greek mythology, too. Ancient Greeks and Romans thought that diamonds were tears cried by their Gods or pieces of falling stars that had shattered on Earth.  Plato, a world-famous Greek philosopher, believed that diamonds were living beings with celestial spirits.

Another Greek legend involved Chronos, the god of time. Ancient Greeks believed that Chronos transformed a man named Adamas into a diamond. After his transformation, Adamas had unstoppable strength, good fortune, and was immune to poison.

Clearly, the people of the past thought highly of diamonds, which is why they were such an important part of so many myths and legends.

Diamonds are not just beautiful gemstones, they are also important pieces of history.

The Hope Diamond, which was originally 112 carats, is one of the most well-known diamonds in history. This diamond was sold to Louis XIV before it was stolen during the French Revolution. It resurfaced years later, but now sits on display at the Smithsonian Institute in Washington D.C.

Another famous diamond was mined in 1966 and eventually sold to Richard Burton, a famous Hollywood actor. He worked with Cartier to fashion the nearly 70-carat stone into a necklace before giving it to his fiancée, Elizabeth Taylor.

The Koh-I-Noor, which translates to “mountain of light,” was given to Queen Victoria in 1850. This 186-carat diamond was used in several different crowns in the British monarchy, but now it is on display at the Tower of London.

Diamonds have been adored by world leaders, monarchs, and other notable people for thousands of years. These are just a few of the many diamonds that have made history! 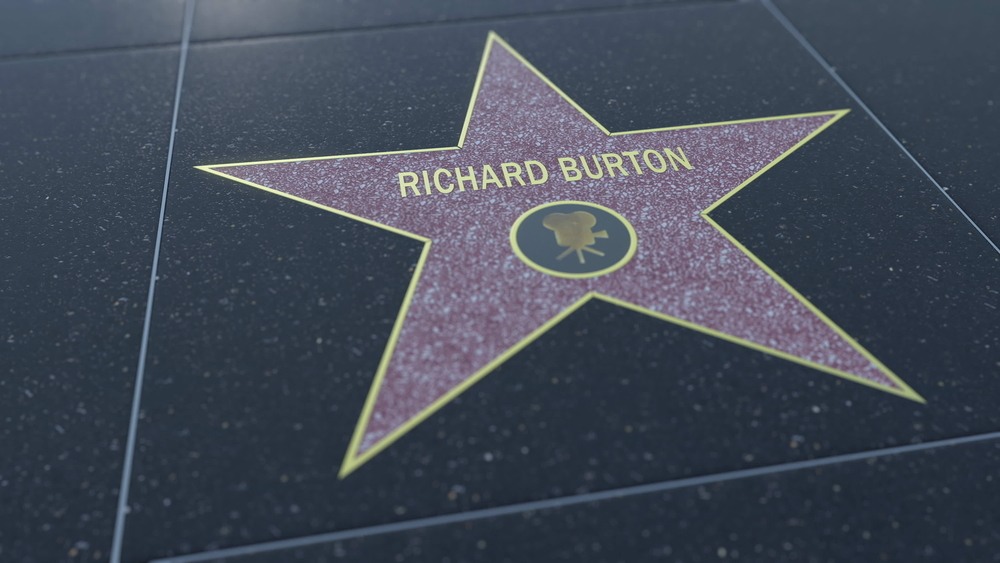 There are several traditions that involve the diamond, the April birthstone. The tradition of proposing with a diamond engagement ring traces back to 1477, when Archduke Maximillian of Austria gave his betrothed a diamond ring.

The proposal tradition did not become popular until the DeBeers “Diamonds Are Forever” marketing campaign launched in the 1930s. Thanks to this campaign, men and women who propose marriage typically give their soon-to-be-spouse the gift of a diamond engagement ring.

Diamonds are also used to celebrate 60th anniversaries. It is tradition for men and women who are celebrating their 60th wedding anniversary to exchange diamond-related gifts. Some people choose to gift loose diamonds, however it is more common to give diamond necklaces, bracelets, rings, watches, earrings, or other pieces of jewelry.

You don’t need to wait until you are ready to propose or celebrating your 60th anniversary to give the gift of a diamond. Diamonds symbolize love, strength, and affection, so they are often seen as the perfect gift to celebrate many special occasions.

If you celebrate your birthday in April, you’re in great company. Some of the celebrities that share the diamond birthstone include:

Anyone who is born in April is lucky to be a part of such a talented group of people!

How to Choose the Perfect Diamond Birthstone

These four factors are known as the Four C’s and they are used to assess the quality of a diamond.

Many people believe that the cut of a diamond is its shape, but that’s not the case. The cut refers to the diamond’s symmetry, proportions, and interaction with light. The highest quality diamonds are cut to create brilliance, fire, and scintillation.

A diamond’s color grade is typically based on the absence of color. Perfect diamonds are clear and colorless, but diamonds that are lower on the color scale may have hints of yellow or brown.

The presence of color can have a significant impact on the price of the diamond, so pay close attention to this factor when examining each gemstone.

Diamonds that are lower on the clarity scale have flaws, but most are invisible to the naked eye. If you choose a diamond with a very low clarity grade, it will have visible inclusions and blemishes that affect its beauty and price.

It’s best to figure out which of these four factors is the most important to you. For example, if your heart is set on a larger diamond, prioritize the carat weight over the color, clarity, and cut when shopping for a diamond. This means choosing a diamond with a higher carat weight that is slightly lower on the color, clarity, and cut scales so you can get the diamond of your dreams without breaking your budget.

Understanding these four factors can make it easier to assess the value of a diamond and find the perfect gemstone for you. 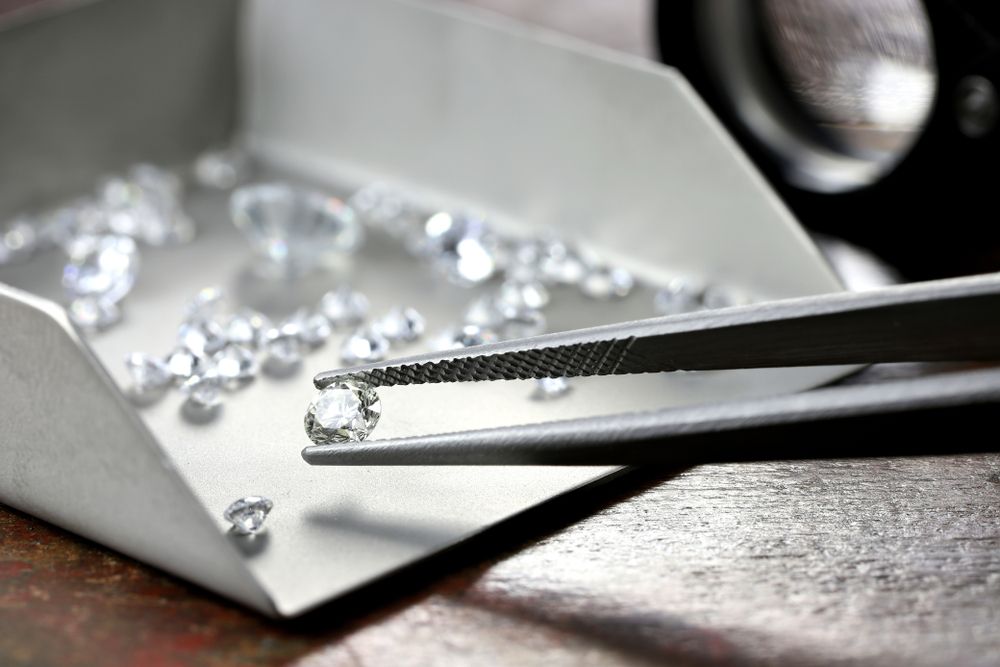 The Beauty of A Diamond Birthstone

Diamonds are a girl’s best friend, so women who are born in the month of April should be delighted to find out that this gemstone is their birthstone. Diamonds are valuable, breathtakingly beautiful gemstones that will never go out of style. If you were born in April, wear your birthstone with pride!