What is the Meaning of a Promise Ring? A Comprehensive Guide

What is the Meaning of a Promise Ring?

A promise ring or a pre-engagement ring is a simple piece of jewelry or ring that is given as a symbol of a commitment. In some cases, the promise ring symbolizes purity and a decision to remain celibate until marriage. Various styles include yellow gold promise rings, rings with gemstones other than diamonds, rings with heart designs, and even diamond rings with stones that are not quite as impressive as the diamonds in engagement rings. 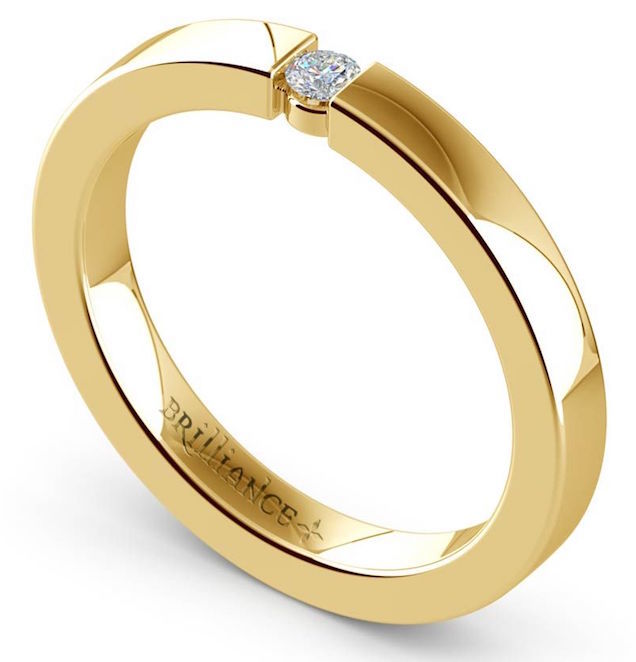 The History of Promise Rings

There is a long tradition behind how to give a promise ring. In ancient times, a promise ring was used to seal a promise, much in the same way rings of different types are used to symbolize promises today. Bishops would wear rings to symbolize their spiritual “marriage” or union with the church. In Venice, Italy, dignitaries renewed the “marriage promise” between the city and the Adriatic Sea by tossing a ring into the water once each year, on Ascension morning.

Fast-forward to the 16th and 17th centuries, and we see the precursors to today’s promise rings, which were exchanged as tokens of love or friendship. The “poesy ring” was engraved with a sentiment or promise and given to a friend or lover. Another popular style, set with uncut diamond chips, was the “scribbling ring,” which lovers would use to etch romantic vows into glass windowpanes.

Although there is a long history of rings being used to symbolize a promise, the term “promise ring” is fairly new. In fact, it can only be traced back several decades to the 1970s, when it was first used in a dictionary of jewelry terms.

The Meaning of a Promise Ring

Today, there are a few ways to describe the meaning of promise rings. Each promise ring is given as an expression of a certain promise two people have made with one another. Some of the most common promise ring meanings include: 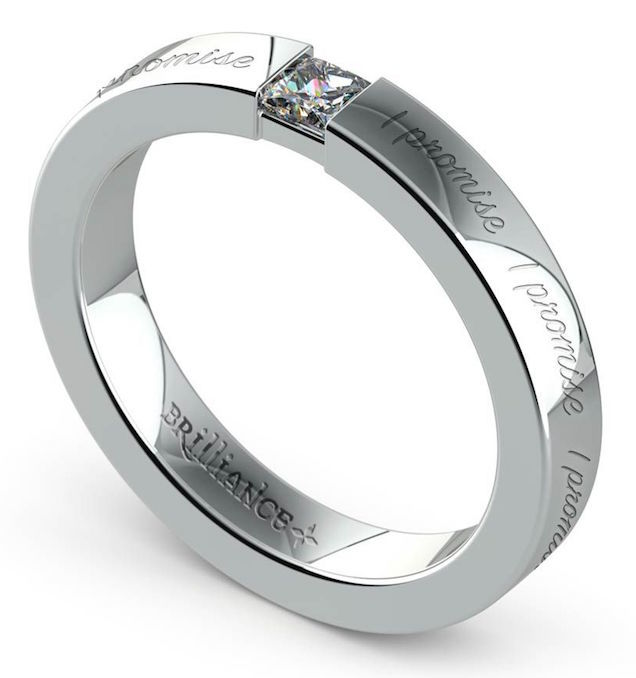 “I Promise” Ring from Brilliance Collection

Which Celebrities Have Worn Promise Rings?

Over the years, a number of celebrities have worn promise rings to symbolize their commitment to abstain from sex until marriage. The first major celebrity to draw attention to the idea of abstinence rings was Jessica Simpson, who received the ring from her father when she was just 12 years old. Simpson wore her ring until she became engaged to Nick Lachey, at which time she replaced it with an engagement ring.

Before they parted ways to begin their solo careers, The Jonas Brothers also wore promise rings that symbolized their promise to remain celibate until marriage. A number of other Disney Channel stars wore promise rings in the early stages of their careers as well, including Selena Gomez, Demi Lovato, and Miley Cyrus.

If you’re interested in buying a purity ring, take a look at the rings that these celebrities wore for inspiration. 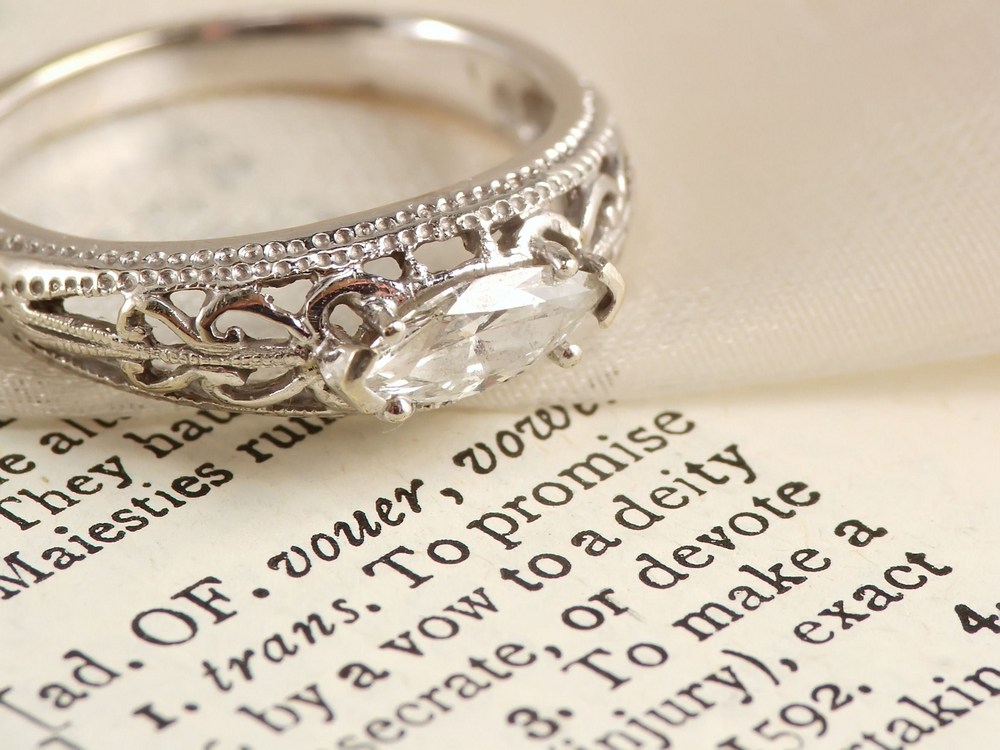 The difference between an engagement and a promise ring

How To Give a Promise Ring

Many promise rings are given as birthday, anniversary, graduation, Christmas, or Valentine’s Day gifts. If you decide to give a promise ring to the recipient on a special occasion, be sure to wrap it in wrapping paper as you would do with any other gift.

Many people find romantic ways to give their partner promise rings. For example, they may take the recipient to a romantic dinner and present them with the ring, or plan a scavenger hunt filled with clues that lead them to a secret location where the ring is hidden. However, you don’t have to be extravagant when planning a way to give the recipient the ring. It’s quite common for people to shop for promise rings together–especially if the ring is being used to symbolize friendship or abstinence. For example, parents who are giving their children purity rings often allow them to pick out their own rings so they are more excited about wearing them. 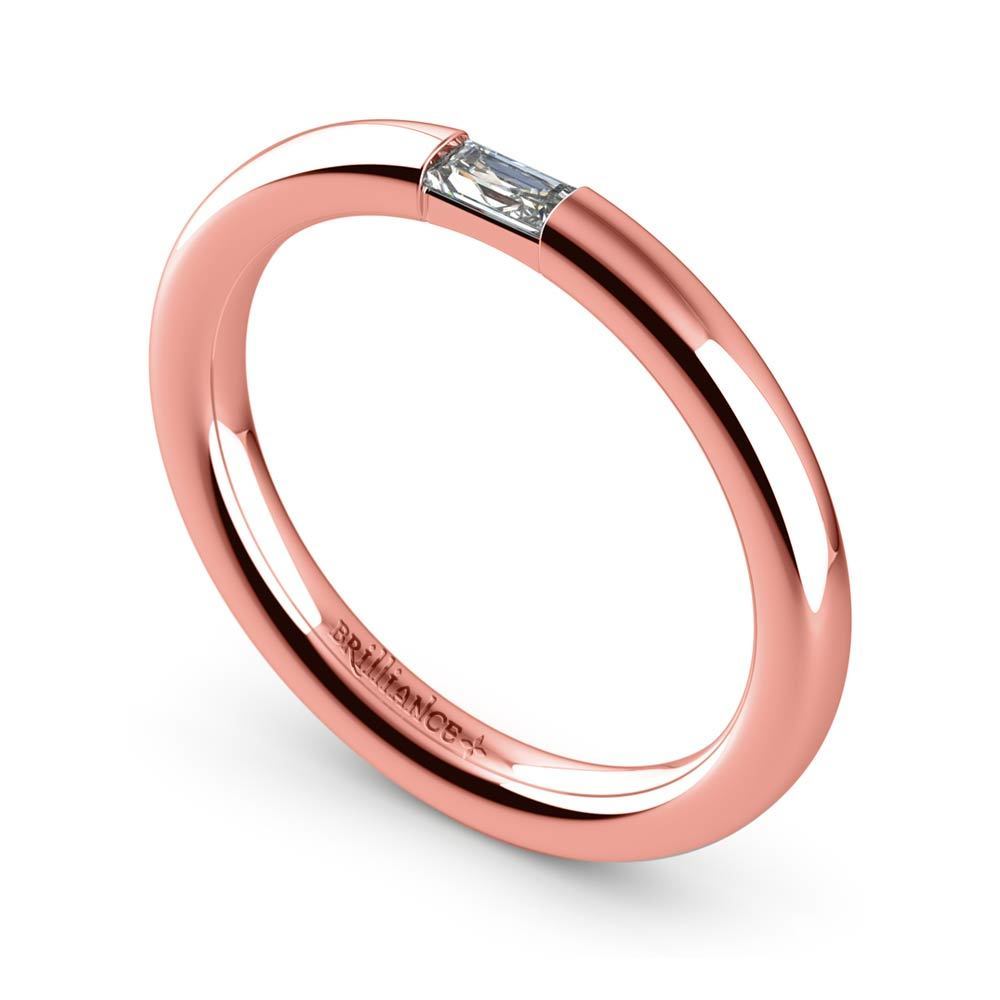 How to Wear a Promise Ring

A promise ring can mean many things, so what it means to you will be unique to your situation and your relationship. Hopefully, with this guide, you’ll have a better idea of what to do if you want to express a symbolic bond to your loved one with a beautiful promise ring.