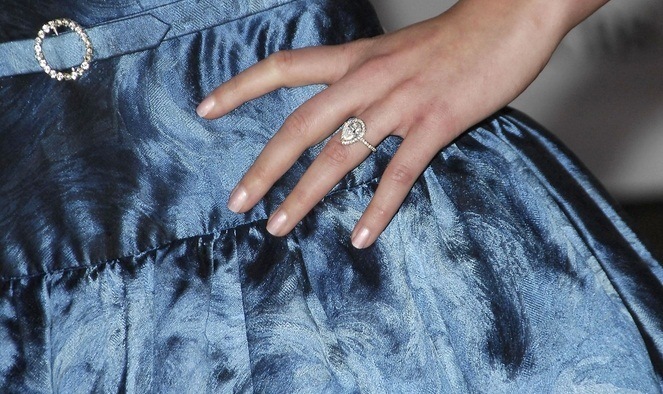 Pear-shaped diamonds are the perfect way to get the irresistible sparkle of a traditional round brilliant cut with all the fashion-forward flair of a distinctive and unique diamond shape. It’s no wonder that many celebs have broken the mold by putting the pear cut front and center in their engagement rings.

Here are some of the most famous pear cut engagement rings that capture the glamour of celebrity with trend-setting style. 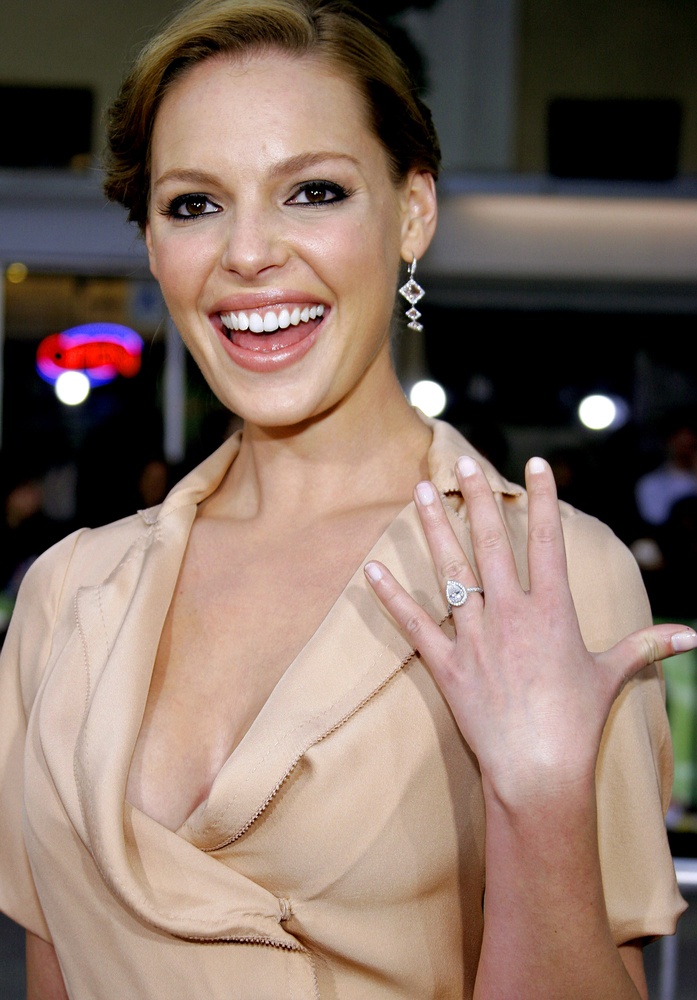 The former Grey’s Anatomy star rocks one of our all-time favorite pear cut engagement rings. The three-carat diamond is such a whopper that Heigl joked she couldn’t say no to hubby Josh Kelly due to the ring’s size. Inspired by old-time Hollywood glamour (a look Heigl has been known to slay on the red carpet), the Art Deco influenced ring features a micro-pave halo to amplify its bling factor. The look is completed with a French-set diamond band, which allows the center stone and its halo to get all the attention it deserves.

Nowadays, many people don’t even realize the Rosemary’s Baby star was married to Frank Sinatra, but her stunning pear-cut engagement ring is one of history’s most iconic engagement rings. The pear cut sparkler was 9-carats, and its solitaire setting let its immense size and unique silhouette do all of the talking. Sinatra famously presented the tear-drop stunner to his much younger bride in a cake box. Farrow was unlucky in love many times over, but this ring is a highlight for jewelry lovers everywhere.

David Beckham may have originally proposed to the former Posh Spice with a marquise-cut diamond, but in their 15 years of marriage, she’s acquired thirteen different rings. One of our favorites is her pear-cut engagement ring, which clocks in somewhere between a jaw-dropping 15 and 17 carats.

Pear cut diamonds often appear bigger than other cuts due to the shape’s large surface area, so Beckham’s ring looks truly massive. The diamond leaves little room for embellishment, and it’s tastefully set on a platinum band featuring a simple micro-pave and boasts a vintage cut.

LeBron James’ high school sweetheart has the diamond ring to match their fairy-tale romance. The ring, with an estimated value of $300,000, is a five-carat pear cut diamond flanked by two tapered baguettes. James’ taste in jewelry is a slam dunk — showing us all how to rock side stones in a classic three-stone setting with a pear cut, a shape that normally favors a solitaire or halo setting. 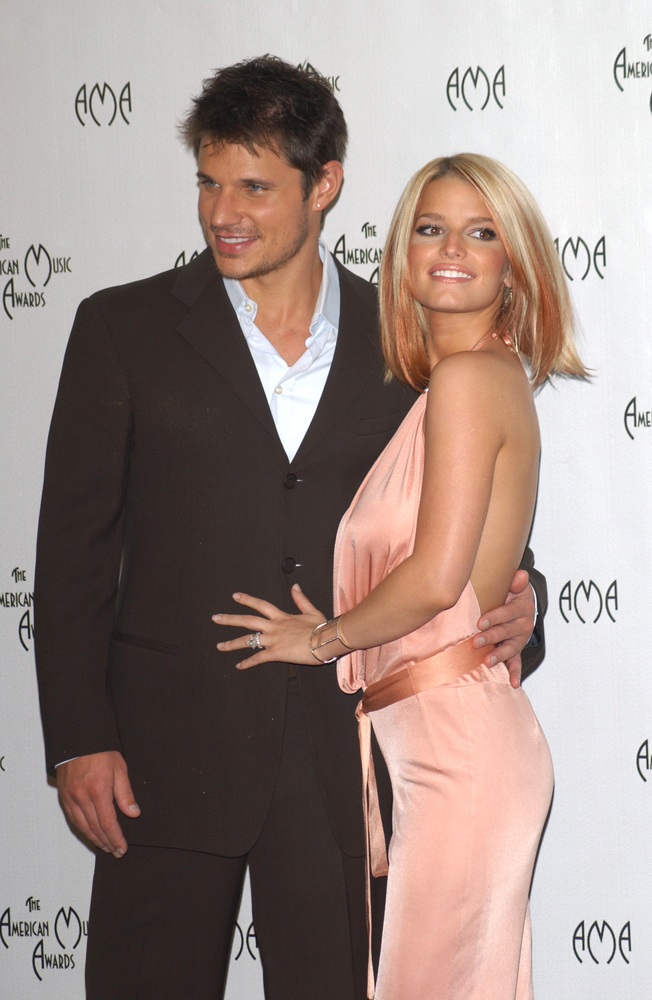 Jessica’s Simpsons pear diamond is flanked by two side stones.

Though Simpson’s newlywed bliss with Nick Lachey is a thing of the past, we can’t ever forget her 4-carat pear cut engagement ring. Like many of our favorite rings on this list, the setting dazzled us with its simplicity, surrounding the beautiful center pear stone with diamonds throughout the band. She’s clearly a fan of the pear cut shape–her 2010 engagement ring to NFL player Eric Johnson featured a center ruby with two pear cut stones on either side. Simpson shows us how to rock the pear cut as both the main event and as beautiful side stones.

Kournikova is an absolute star on the tennis court, but the only thing that could outshine her prowess with a racket is her incredibly gorgeous engagement ring. She shakes up the pear-cut style even further with an 11-carat pink diamond cut in a beautiful pear shape. The center stone is set between two trillion diamonds that make the ring a truly unique thing of beauty. If you’re looking to do pear cut rings like they’ve never been done before, look to Ms. Kournikova for inspiration.

Choosing a pear cut engagement ring guarantees you will have a ring with ultimate sparkle and unique flair! Have these celebrities inspired you? Shop for your own special pear shaped diamond today!