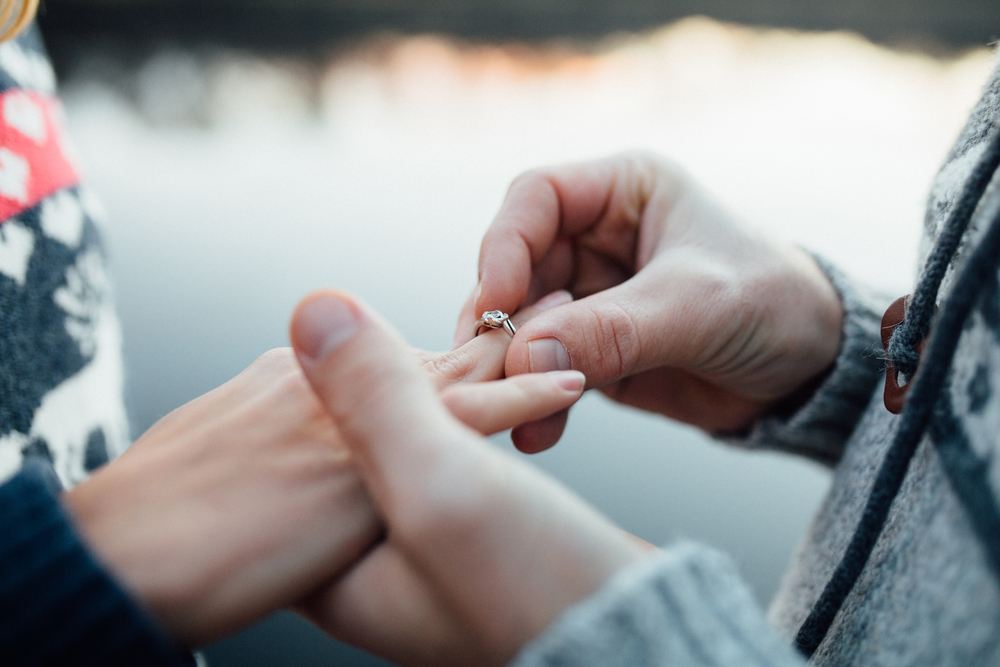 The day you propose to the person you love is an incredible moment. It marks the start of a new chapter in your lives, both separately and as a couple. It’s a day that will live on in your memories and in stories for years—sometimes even generations—to come. This might be why so many people really go big when it’s time to pop the question.

This week we’ll be honoring National Proposal Day (on March 30, to be exact) . To celebrate, let’s take a look at some of the most amazing and inspiring proposals that have graced the Internet:

Asking at the Right Moment

Marriage has its ups and downs, and many couples work through life’s struggles together before they even tie the knot. However, this would-be groom was lucky enough to witness one of the happiest moments in his deaf girlfriend’s life—the day she received a cochlear implant, effectively restoring her hearing.

Seizing this happy moment, this man made sure that one of the first things the love of his life heard him say was, “Will you marry me?” Careful: you may need a tissue after watching this.

One of the most fun aspects of a proposal is watching a groom-to-be unleash his creative talent for someone he loves. Whether he’s an artist, a writer, a singer, or a carpenter, it always warms our hearts to see these skills put to good use by making someone else feel special.

In this proposal, the future groom actually wrote a rap song describing his relationship and life with his girlfriend. Though she may not catch on at first (watching her try and stop the song makes watching the video downright hilarious), she eventually realizes just what her man has done—and what he’s trying to ask. It’s totally adorable!

This next video doesn’t actually show you the proposal, but we had to include it anyway. This man used his creativity and woodworking skill to pull off something absolutely amazing: a storybook/puzzle box for his future bride. Here, he shows us the details of this priceless project, and if the heart behind it wasn’t beautiful enough, you’ll see that he has some serious talent! We know he and his wife will be showing this storybook to the grandkids in a few decades.

Ever wondered why everyone simply has to know all the details when someone else gets engaged? The answer is simple: everyone loves love! Proposal stories remind us about all the wonderful couples falling in love all over the world—and when we know the couple personally, it’s even better!

This is also why so many friends and family members are willing to collaborate on a proposal. Sometimes they help plan the surprise, or they hide away to photograph a private proposal for posterity. Other times, friends and family get in on the fun, creating joyous, elaborate proposals like these ones.

Here, Spencer wanted to pop the question to his boyfriend Dustin. So he enlisted a whole group of people to help him make this moment memorable with a bright and cheery flash mob—right in the middle of Home Depot!

When Isaac wanted to propose to his girlfriend Amy, he once again asked his friends and family to stage an elaborate flash mob, set to Bruno Mars’ song “Marry You.” While Amy sat in the back of a car listening to the song, she was treated to a dance display like something straight out of a music video.

Not every proposal helper needs to be your own age. When this man wanted to propose to his Kindergarten Teacher girlfriend, he asked for help from the cutest of conspirators: her students. Together, they put together a slideshow describing what love means to them, complete with a few photos documenting the couple’s relationship and a diamond ring to seal the deal!

If you’re planning to propose soon, don’t be afraid to make the proposal a big event. After all, you’re starting a new life with the person you love; start it off with a bang!