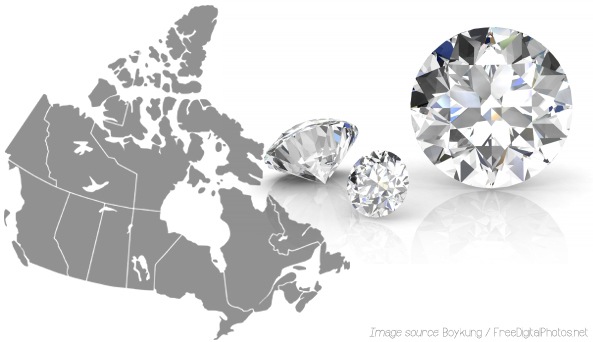 Canada is set to open its first official diamond trading marketplace in downtown Toronto, a move spurred by the rush in recent years to mine and market the homegrown stones both nationally and worldwide.

The Diamond Bourse of Canada opens Monday and will be the first forum of its kind in the country where both polished and rough stones will be bought and sold.

There are 28 diamond bourses in places such as Belgium, Israel and South Africa. The Canadian bourse will become the 29th on the international circuit, which is overseen by the World Federation of Diamond Bourses. Canada produces about 15 per cent of the world’s annual rough diamonds.

“It’s only logical for Canada to establish a full-fledged bourse,” federation president Avi Paz stated yesterday. “While Canada’s population is small compared to its huge southern neighbour, the country’s jewelry industry and trade, as well as its consumer market, have been growing steadily.”

See the full article from The Globe and Mail…