A Couple Finds Love While Stationed Together in Afghanistan

One of our dedicated diamond and jewelry experts at Brilliance recently had the honor of helping a customer, stationed in Afghanistan, with the selection and creation of an engagement ring for his girlfriend. So tough to communicate properly through email, he would call at midnight, standing outside of his “wood building shared with 14 other comrades” in his pj’s, so as not to disturb the others.

Picking out a ring was easy. The customer selected our classic Petite Pave Diamond Ring in Platinum. A beautiful 2.01 carat Princess-Cut Diamond, Super Ideal, J color, VS1 clarity and GIA certified was carefully hand-selected and then mounted in his setting. 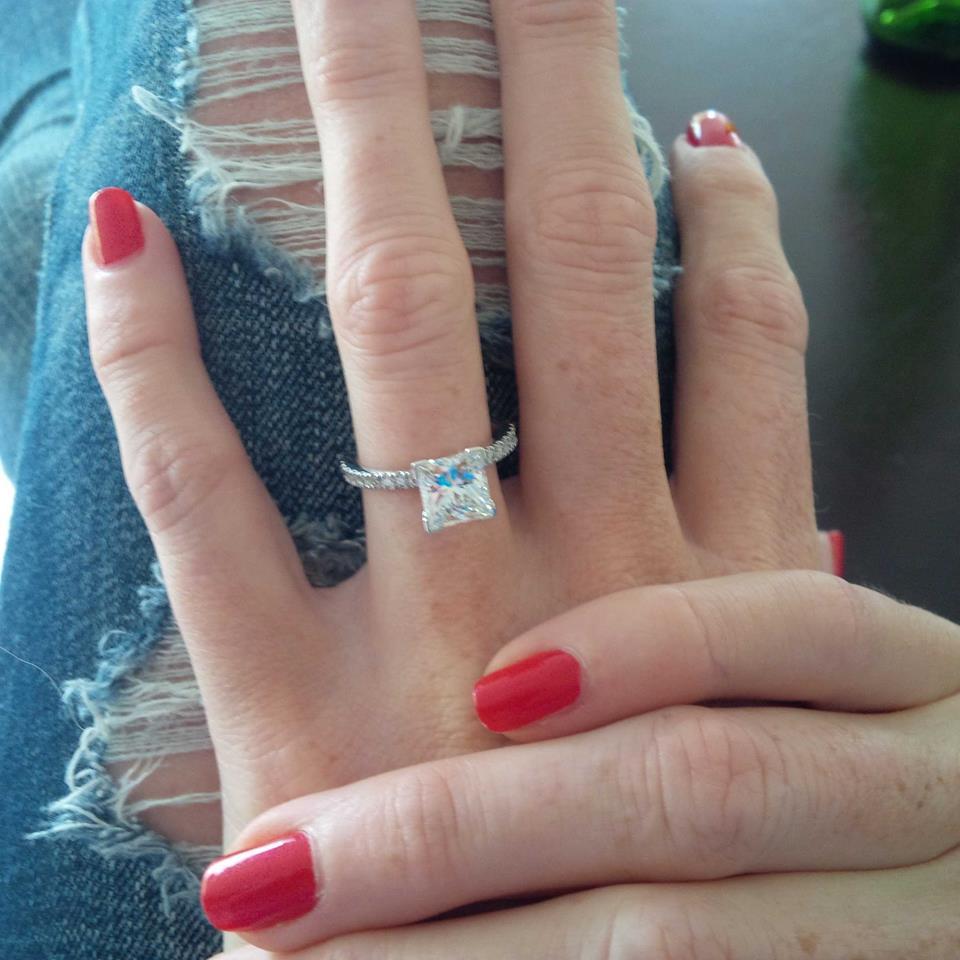 Now shipping his ring so he could have it when he touched down in CA only a few short weeks after his first call since we couldn’t ship to Afghanistan was another story! Our orders manager worked closely with him to make sure that he could pick it up at a FedEx location during a layover. She had little time to coordinate (not knowing his specific flight information until the last minute), but did so, making sure that the ring was waiting in Atlanta for him. He literally left the airport, jumped in a cab, got to FedEx to retrieve the ring, bank in a cab, back to the airport and on the final leg of his journey home to his sweetheart. As he planned, he didn’t make if far off the plane before proposing. Who wouldn’t say “yes” to a man who went to such lengths to make this all happen as he wanted!

I asked them to share their story for our blog and Facebook, and they quickly shared both story and pictures from their proposal:

“I was a gunner in the Army, and we went to KAF to pick up contractors, as we lived on a tiny outpost in Kandahar.  I was talking to my team leader when the hair on the back of my neck stood up.  I turned around, and there stood Ian.  I instantly knew that I would marry him and spend the rest of our lives together.  He ended up riding in my truck, and I kept looking down from the turret in an attempt to get one more look at this amazingly handsome creature.  He caught me looking at lease 5 times.  We got back to my outpost, and I showed him to the tent that he would be living in.

A few days later, someone convinced him to come and hang out with us after I got home from mission.  He came out, and we talked all night long.  Every morning I would wake up early before mission, and make us both a cup of tea, and we would talk about anything and everything.  We even began planning our wedding just a few weeks after meeting.  We made travel plans, life plans etc.

He ended up going back to KAF, but we talked everyday on the phone or via Facebook.  One day he surprised me by coming back to my outpost to live for a few more weeks, while he did some electrical work that needed to be done. I departed Afghanistan in August 2013, at which time, Ian remained to finish out his contract.

He came to visit for two weeks, and we spent Thanksgiving with my family, in our new house that we bought in October 2013, then visited Costa Rica for a week. His contract ended in March, at which time he came home.  I was supposed to be at work the day he came in, and he was going to take a taxi to meet me at work.  Little did he know that I was picking him up because my boss gave me the entire afternoon off.  I surprised him at the airport, when he saw me he was in shock, and just stared at me as he walked to where I was standing behind a pole.  We hugged and kissed and were overcome with joy to be with each other again after so long.

I told him to go get his bags, but he just would not let me move, and insisted that we stand right where we were.  He stopped me from walking at least three times before he finally said “wait, I can’t spend one more second without you being my fiancé.  Will you marry me”?  I said yes, everyone standing there clapped, then we hugged and kissed some more. 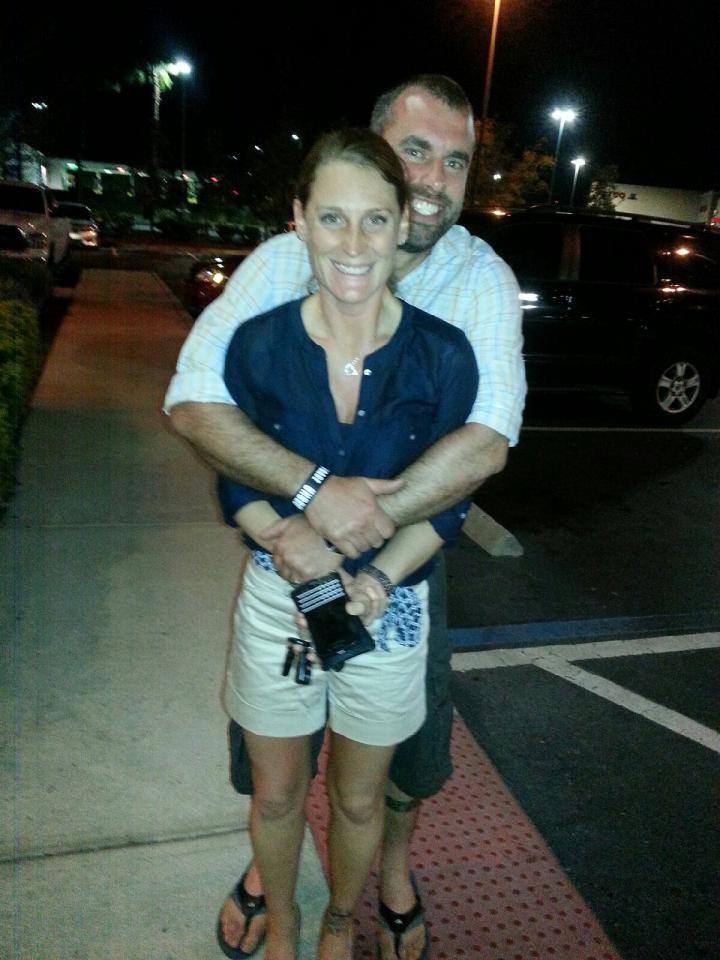 Truly a fairy tale story.  I believe everything happens for a reason, and I believe that I had to fight a war to get what I wanted, which is the love of my life”.

Thanks for sharing this with us guys! From all of us at Brilliance, we wish you many more happy and healthy years together. Love this ring? Give us a call at 866.737.0754 to get started!