You may have heard of the term “conflict-free diamonds,” but do you know what that label actually means? For years, “blood diamonds” fueled wars, bloodshed, and human suffering. Today, we use the distinction of “conflict-free” diamonds to say a diamond has been sourced ethically. However, the term has become widely and incorrectly used to label diamonds that may not, in fact, be conflict-free at all.

Before you buy a diamond, understand what this term means and how to find a retailer that is truly conflict-free:

How are diamonds determined to be conflict-free?

In order to be sold in the United States and other countries throughout the world, a diamond must pass the standards laid out by the Kimberley Process. The Kimberley Process was introduced in the year 2000 after African states met to determine how to end the trade of conflict diamonds. By 2003, the rules were implemented within UN countries and now guide 99.8% of the world’s rough diamond production.

According to the Kimberley Process, a conflict diamond is one whose profit goes to a rebel group and their allies to finance violence against governments and innocent citizens. The Kimberley Process does not necessarily label specific diamonds as conflict-free, but rather certifies vendors as such.

Although the Kimberley Process was designed to cut off the financing of violent groups, it does not account for legitimate governments that violate human rights. Diamond profits used by these governments to inflict abuse such as child labor or violence may be considered conflict-free under the Kimberley Process, which is a major limitation and oversight of this regulation. It also fails to identify whether a rough diamond that is cut and processed in a country with documented abuses of human rights would be a conflict diamond or not.

Moreover, warnings have been issued about fake documents appearing to be KP certificates from countries like Congo, Ghana, Angola and Malaysia. Although this process is not perfect, it’s the only established way to identify conflict-free diamonds.

But there’s a catch…

The Kimberley Process has made it impossible for any new conflict diamonds to be brought into the U.S. market, but it does not account for diamonds already in circulation before the standards were put in place. There is certainly no way to determine the origin of every diamond circulating through the world. The Kimberley Process only prevents new conflict diamonds from being sold, while ignoring the ones already worn and resold in the market.  The United States adopted the Kimberley Process as part of the Patriot Act in 2001, making the standard fairly new in the U.S. market. 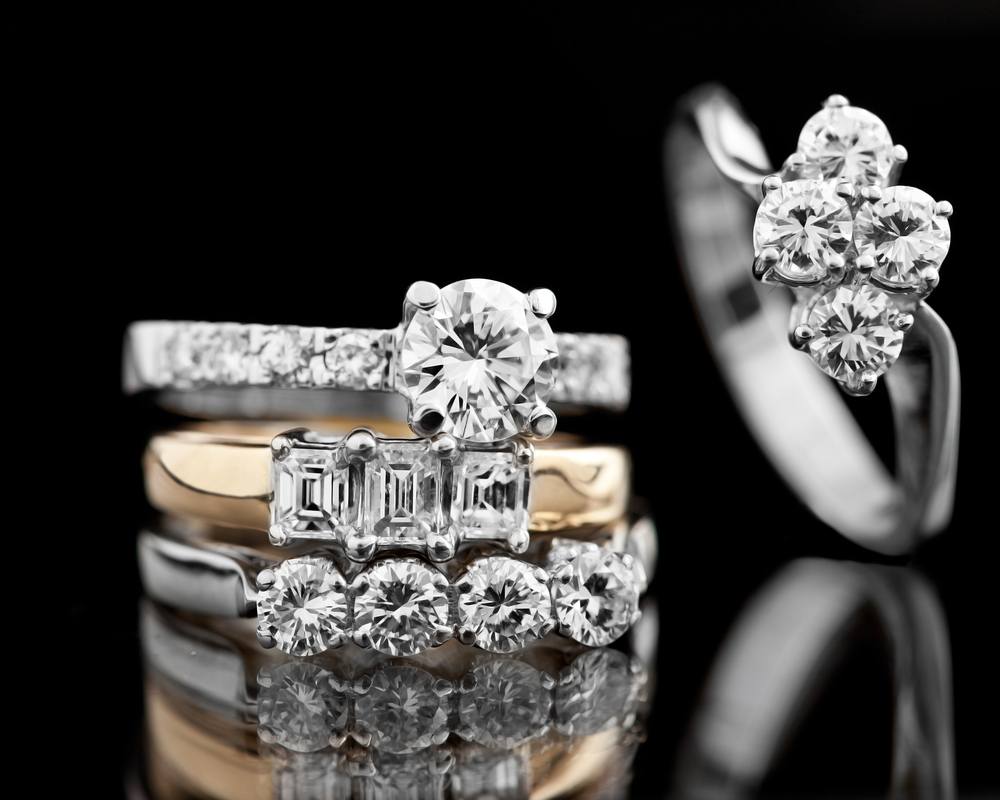 Old jewelry, including vintage or estate pieces, cannot be determined as conflict-free since they were already in the country when the new standards were introduced. Estate jewelry, or pieces that come from someone who has passed away, are usually too old to be verified as conflict-free, yet many of the big-name jewelers advertise selling estate and vintage jewelry while still calling themselves conflict-free retailers.

Some organizations even admit that vintage pieces may contain conflict diamonds. They however say the conflicts were from so long ago that it’s acceptable to purchase them now, as though the fact that the diamonds were the product of violence can be erased simply by removing them from the original owner and selling them to someone else.

India would probably strongly disagree with that sentiment. The country is still engaged in a legal and political battle to get the national treasure of the Koh-i-Noor diamond back from the British Royal Family after the East India Company seized the stone following the conquest of Punjab in 1849, instead of enforcing the will of the deceased Maharaja and leaving the diamond as a historic treasure in the Hindu temple of Jagannath.

Many other countries and individuals that lost sentimental and storied treasures to violence before the year 2000 would probably distance themselves from the idea that a “recycled” conflict diamond ceases to be a conflict diamond.

Where do conflict-free diamonds come from?

One of the most popular producers of these diamonds is Canada, a country with a known reputation for mining environmentally-conscious and conflict-free diamonds, but it’s not the only go-to country. Russia, Australia, and even many African countries, can still produce conflict-free diamonds that are sold throughout the world.

What should you ask when buying a diamond?

If you’re in the market for a conflict-free diamond, be sure to ask the jeweler for a diamond’s System of Warranties statement, which is a voluntary statement from the cutter or seller affirming that the diamond has passed the Kimberley Process. Don’t be afraid to ask for a copy of the retailer’s conflict-free diamond policy to ensure that they take it just as seriously as you do.

When shopping for conflict-free ethical engagement rings with diamonds, Canadian origin is good choice. Canadian diamonds are often marked by a maple leaf on the laboratory certificate, or are accompanied by a separate certificate of origin. Asking for a Canadian diamond with one of these markers is an excellent way to verify the conflict-free nature of the purchase.

When in this quest, remember that retailers should not charge you a higher price because a diamond is conflict-free. Although many factors can add to the cost of a diamond, fortunately this is not one of them!

While estate or vintage diamonds may have their advantage in terms of pricing and style, they are most likely not true conflict-free pieces. Many well-known online diamond retailers pride themselves on being conflict-free diamond retailers, yet sell unverifiable estate and vintage pieces. These online companies are not the only ones that make these unfounded claims. In fact, the majority of retailers do.

However, Brilliance is truly a conflict-free diamond retailer, since no estate or vintage pieces are sold here for this very reason. We do not just pride ourselves on being a conflict-free diamond retailer, but also on understanding the nuances of the regulations and educating our customers appropriately so that they can make a purchase with which they are comfortable.

By asking the right questions, not only can you be assured that your diamond is sourced ethically, but also that the retailer you purchased your diamond from is conscious of what this term means and why it is important.