Mangagement™: A Trend That Is Here to Stay 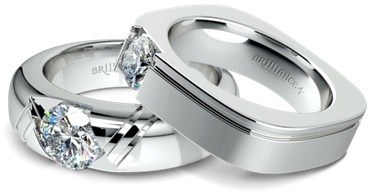 How Mangagement™ Got Its Start

Back in the 1926, jewelers tried and, unfortunately, failed to market pre-wedding rings for men, despite macho names like the Master, the Stag, and the Pilot. This was a bold move considering that grooms’ wedding bands weren’t a must until becoming popular during the 1940s and 50s. 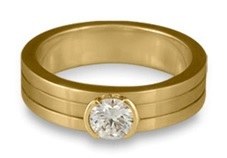 Thanks to today’s egalitarian approach to marriage, engagement rings for men have made a strong comeback. They were first introduced by British jeweler H. Samuel, who unveiled the “Tioro” ring in 2009, featuring a single small diamond in a wide band.  But even the “Tioro” design continued to function primarily as a wedding band.

A Growing Trend in Engagement Rings for Men

The first rings for men were very simple affairs, usually precious metal or titanium, with a couple of small diamonds at most. Today, blingier options are also available. And, unlike the conservative men of the 1920s, today’s fellas are much more open to wearing engagement rings. In a recent study, about 67 percent of men polled said they would be open to wearing a men’s engagement ring. 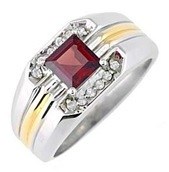 Celebs like Johnny Depp and Michael Buble have embraced the trend, and while same-sex couples have celebrated their love by exchanging men’s engagement rings for years, more hetero couples are taking advantage of the heartfelt opportunity to celebrate their commitment to one another before the “I do’s” have been said. 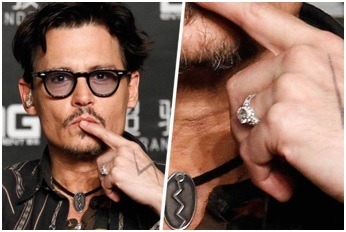 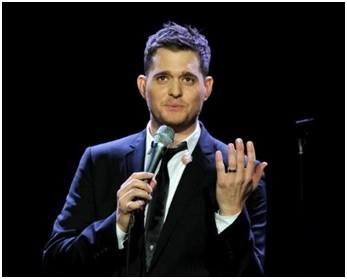 When it comes to selecting the right Mangagement™ ring, know that it is important to select a style that your one and only will love wearing. Some styles are plain-Jane, while others have diamonds and other precious stones. 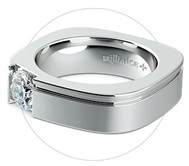 Many jewelers offer fashion rings for men, but as of now there is just one company, Brilliance, that offers a full line of Mangagement™ rings.  With sharper, more masculine angles than engagement rings traditionally worn by women, wider bands, and exciting, unconventional shapes, they offer timeless appeal inspired by both classic and modern jewelry designs. Brilliance also offers a custom men’s engagement ring design service that allows couples to create signature pieces. 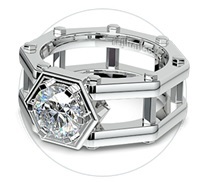 Whether you design your own men’s engagement ring or pick up a pre-designed model, there are a few things to keep in mind:

Choice of Metal: Mangagement™ rings come in all sorts of metal options, ranging from white metals like tungsten, palladium, and platinum, to the most popular choice for men’s engagement rings: gold. This versatile metal comes in many forms and colors, including yellow, white, rose, and even black. Pick a metal that complements his skin tone as well as the accessories he currently wears.

Bling: How much is too much? That depends on the guy in question. Some men love their bling and would be thrilled to wear a men’s engagement ring with lots of diamonds.  Others prefer a more subtle approach and might prefer a solitaire or a simple band with just a couple of accent stones. 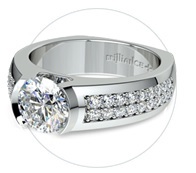 Design Elements: Aside from diamonds and other gems, design elements have a huge impact on the way a Mangagement™ ring looks and functions. Men who work with their hands might prefer simpler designs that will stand up to the rigors of an active lifestyle, while those in less demanding lines of work are more likely to feel comfortable in something more elegant. 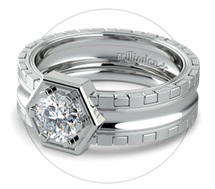 Making the Choice: Some men and women want to surprise their intended spouses with engagement rings, while others prefer to give their partners a few options and the final say. As a men’s engagement ring is a symbol of a lifetime of love and is meant to last for a lifetime, be sure to weigh your options carefully when making this decision.