Bridal Book Club: 10 Books to Read Before You Get Married 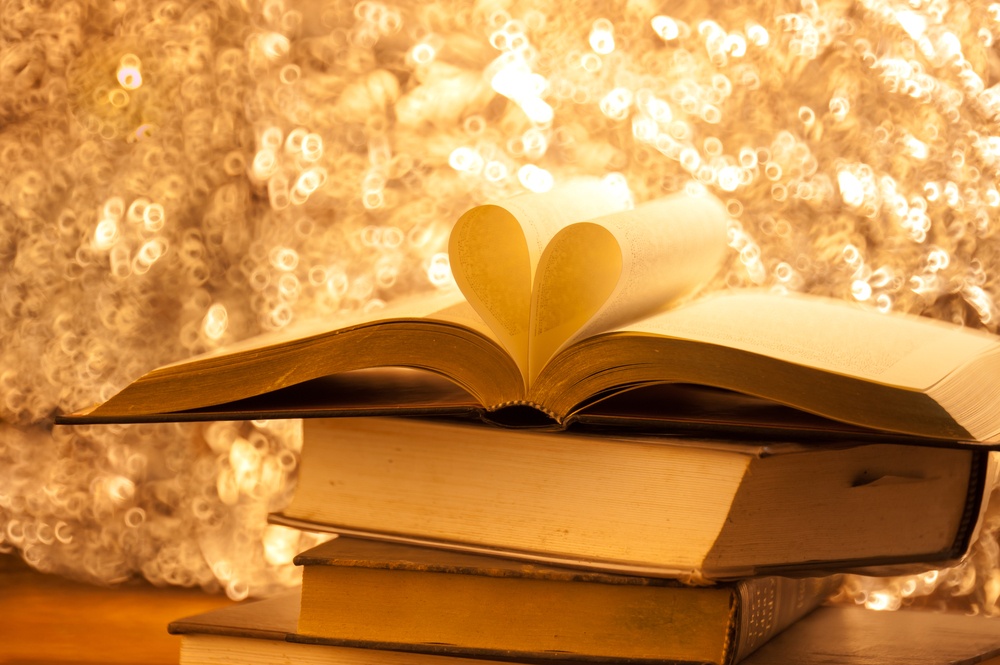 So you’re about to tie the knot? Maybe you’re counting down the days to your big white wedding, finishing the final touches on your elopement plan, or feeling overwhelmed by this forthcoming major life change.

No matter where your head is out right now there’s a book out there to help you breeze through the days leading up to “I Do.” We’ve compiled a list of romantic classics, contemporary romances, memoirs, and advice books perfect for the bride-to-be — so whether you’re looking for a love story, insight on marriage, or some tough love advice, there’s a book just right for you.

Read them all or choose whichever one speaks to you most. Here are 10 books to read before you get married:

1. Pride and Prejudice by Jane Austen

It is a truth universally acknowledged that this is one of the greatest novels ever written about courtship, marriage, and finding your happily-ever-after. Austen wrote in an era where marriage was the highest aim for women to achieve security and well-being, but she also wrote of women brave enough to refuse to marry for anything but love.

The reason Pride and Prejudice has endured for centuries is because it’s about two people learning to look past their prejudices and expectations to make each other a better person– and isn’t that what a felicitous union should be about?

Colin Firth may have permanently enshrined himself in hearts and minds as Mr. Darcy, but if you’re looking for a romantic read about a couple who learns to set aside their differences and worst tendencies to find romantic bliss, you won’t find a better one. Not to mention, the social satire invoked when it comes to people like Mrs. Bennet and Lady Catherine de Bourgh will make any overbearing mother-in-law seem like a walk in the park.

Gilbert is best-known for her memoir of international self-discovery Eat Pray Love, but she has a rare hand for cataloguing the intricacies of any contemporary experience. Lovers of her most famous memoir will remember she fell for Felipe, a Brazilian man living in Indonesia, during her travels.

Committed takes a look at the complexities of compatibility and fidelity by studying married life as Gilbert entered her second marriage due to a visa ultimatum that threatened to bar Felipe from ever entering the U.S. again. Gilbert has since divorced, but her unflinching, lovely meditations on marriage should still be a warm inspiration to any bride-to-be.

This memoir meets advice book is one you might want to tackle alongside your future spouse. So many of marriage’s biggest challenges from money to kids to career are hard to gauge until you’ve actually said “I do.”

Jill Andres and Brook Silva-Braga recount their self-built marriage test — forty challenges they set for themselves before reaching the altar. From swapping credit cards to sexual gymnastics to speed dating and more, they put their love to the test to determine how ready they were for marriage.

Follow along on their fraught, emotional, hilarious journey and perhaps get some inspiration for your own “Marriage Test” as well.

If you’ve already watched the hit HBO series, you’ll adore the book that started it all. Madeline, Celeste, and Jane all are coming to marriage and romance from entirely different places in their lives.

This novel is a twisty thriller with some unflinching truths about the realities of marriage. While the women at the heart of these stories love their husbands for different reasons, we also get to dive into their insecurities, regrets, and the bittersweet challenges of motherhood and matrimony.

If you want something on the darker side with some provocative views on marriage, plus a good story, you can’t get any better than this compulsively readable tale.

Imagine if you met your husband as a small child and he knew you were going to be married one day while you had no idea? That’s one of the numerous complicated time-space head scratchers at play in this dramatic romantic novel about dashing librarian Henry DeTamble and his wife, Clare Abshire.

Henry has a condition which sends him inadvertently traveling through time, while Clare’s life proceeds at a normal, chronological pace. It’s a heartbreaking, swoon-inducing tale of how fate might test the bonds of love — but more powerfully, how the strongest marriages can overcome the force of time itself.

6. How to Be Married by Jo Piazza

In this funny, moving memoir, Jo Piazza chronicles her extraordinarily difficult first year of marriage, all the while interviewing women around the world about the state of modern marriage.

Traveling to twenty countries, she seeks wisdom from tribeswomen, stay-at-home dads, polygamous couples, prostitutes, ladies who lunch, and everything in between. With hilarious and refreshing insight, Piazza also examines the first year of her marriage in the face of health scares, unemployment, and more to learn exactly what it takes to be equal partners in a modern marriage.

Anyone looking for a framework for marital success and some laughs along the way will find inspiration in this memoir. 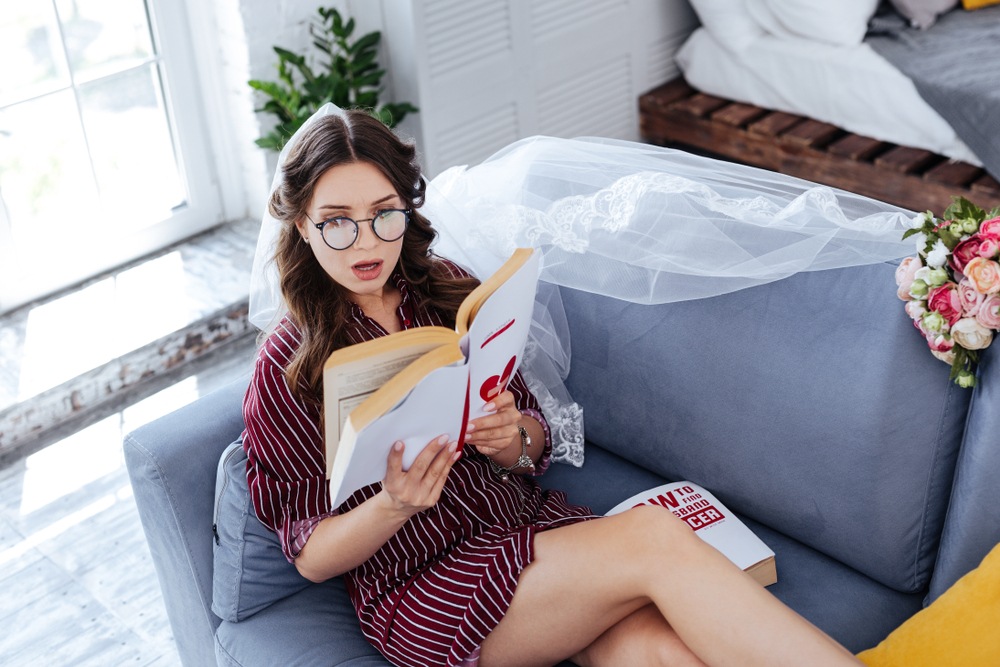 7. The Bride Test by Helen Hoang

A romance novel about a mail order bride will be just the ticket if you’re looking for a book that both examines the idiosyncrasies of marriage and captures the fizzy effervescence of a fairy-tale.

The Bride Test follows Khai Deep, an autistic man who struggles to feel emotion on a big scale. His frustrated mother takes matters into her own hands when she brings Esme Tran home from Vietnam to be Khai’s bride. As Esme falls deeper in love with Khai, he must learn to overcome his steadfast beliefs that he’s incapable of feeling affection.

Modern marriage is a complicated thing — but Hoang strips it down to bare essentials with this heartwarming tale of romance against all odds.

8. The Wedding Date by Jasmine Guillory

Looking for a novel to pair with that champagne tasting flight for your wedding toast? Look no further than The Wedding Date, a delicious rom-com that kicks off with an adorable meet-cute in a hotel elevator.

After this chance encounter, Drew asks Alexa to be his impromptu wedding date and the two find themselves falling for each other as they spend more time together. Guillory balances rom-com gold with very real conversations about race, gender, career, and more.

If you want a book with a happily-ever-after that also knows how to tackle some of the biggest issues in modern relationships, plan a date with The Wedding Date.

Cheryl Strayed, best known for her memoir Wild, gathers the best of her previously anonymous advice column “Dear Sugar” into one unforgettable collection. Brimming with humor, compassion, and honesty, this book is a balm for anyone in need of advice or reassurance.

Strayed tackles everything from grief to infidelity to financial woes to sexual pleasure as she catalogs her advice and the queries of those looking for a light in the darkness.

Whether you want advice on something specific or are just looking to feel inspired, Tiny Beautiful Things will help you find your way.

We know — it’s weird to put a book that is literally about divorce on a list of books for brides to read, but hear us out. Ephron was a truly singular voice — a woman who commented on everything from love to marriage to motherhood to throwing the perfect party with her signature wry wit and originality.

Heartburn was her debut novel, loosely based on her own failed marriage to Carl Bernstein. The book gets at the heart of the things that dominate all her work — why relationships succeed and fail; how to both celebrate and overlook our idiosyncrasies; and how to maintain a sense of self alongside your partner.

You could always check out some of Ephron’s collected essays or watch When Harry Met Sally, but Heartburn is a truly insightful look at marriage, for better or worse.

Say “I Do” to one of these great titles as you prepare to walk down the aisle. Of course this list could be longer but we just wanted to get you started! So start reading and add your own favorite romantic books!