A Survival Guide For Your First Year of Marriage 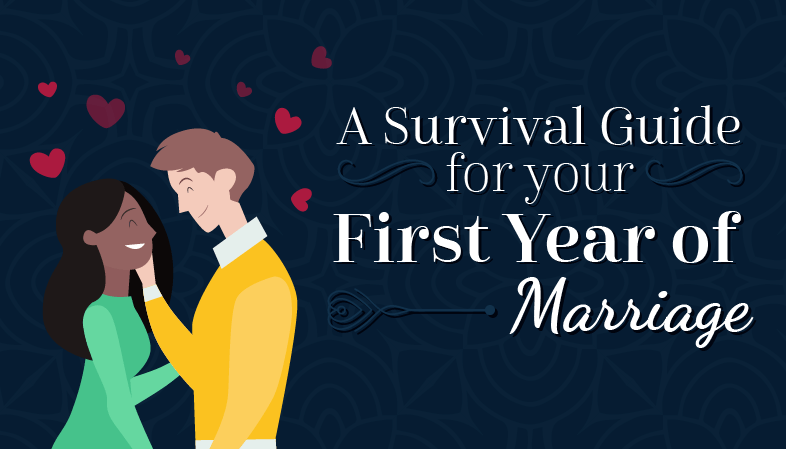 The first year of marriage is a time of adjustment. Even if you’ve cohabitated with your spouse prior to tying the knot, marriage and the formalities of what it means to be a wife or husband is a huge lifestyle change.  After the cake is cut, the honeymoon concludes and the fairytale dust settles, you’re left with reality, compromise and more than a few changes to your everyday life.

According to an article on Fatherly, about one out of five marriages ends within five years of saying “I do.”  While those early years are often assumed to be a honeymoon phase filled with romance, PDA and perfect contentedness, many couples may discover that the first year, especially, is one of the toughest milestones they’ll face in their marriage.

The reasons for early marriage difficulties may vary according to a couple’s unique situation. However, if you’re about to walk down the aisle and bond your union for the long haul, you need to be prepared for a few bumps in the road of wedded bliss. Here’s what you need to know to survive—and thrive—as a couple during the first year of marriage.

According to a study published in the journal Couple Family Psychology titled “Reasons for Divorce and Recollections of Premarital Intervention: Implications for Improving Relationship Education,” finances were the fifth most common reason for divorce among study participants. One participant in the study stated: “The stress of trying to figure out the finances became a wedge that was really insurmountable.”

Financial issues don’t necessarily need to lead to serious indebtedness or bankruptcy to cause a rift, though. CNBC notes that “overspending” and even being overly frugal also can cause rifts in a marriage. Ideally, partners should understand financial balance and communicate expectations

Before you sign that marriage license, talk about money, because those dollars and cents can weigh heavily on your marital success. So here’s what you should discuss:

You should both have a good idea how much you bring to the relationship financially. Be open about salary and benefits, because, ultimately, this is a partnership. Next you should decide how you will handle your household income. Will you have a joint account and throw everything together? Or will you split your income, throw half into a joint account and keep the rest separate? There is no one right or wrong answer, but you should agree to how money will be managed.

Sit down and figure out how much debt you both have in your name. This includes all loans (yes, even student loan debt), credit card balances, medical bills and any other debts you may owe. Tally up the monthly payments of those expenses and discuss how to lower the balances.

You both probably have your own debts, so now you should figure out who will pay which expenses. Should your student loan be paid from only your income? Are mortgage payments a joint expense that is deducted from your joint checking account? And will one person pay all the bills and act as the CFO of the marriage or will you divide and conquer? All these details are important to iron out. Obviously, you need to ensure that all bills are paid on time, and you need to discuss personal and joint financial responsibilities.

Discussing both your income and your debts will give you an idea about where you stand financially each month. If there is a budget surplus (income exceeds expenses), discuss how you plan to allocate the remainder. Should this amount be stashed into savings? Invested? Or perhaps used to pay down principals on outstanding loans. 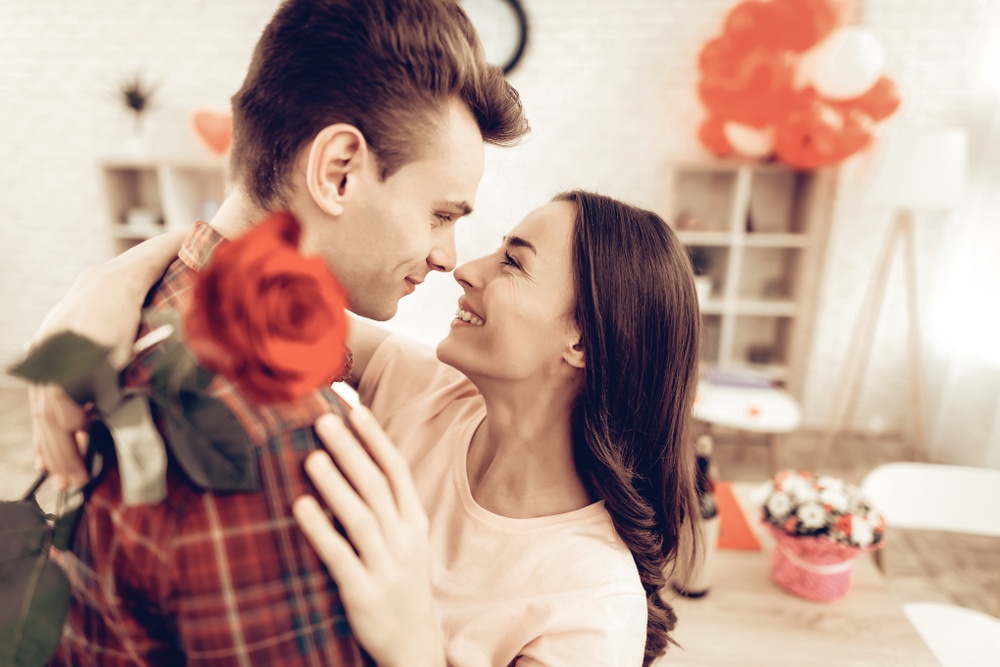 Roles: Who Does What?

In the past, women were the taskmasters of the household who handled the cooking, the cleaning and the kids. And the husband? Well, his job was to work outside the home and bring in the money. Gender roles are long-gone, and that’s a great thing! However, couples still have to decide who will tackle what jobs in the household.

Don’t rely on assumptions or aged-out stereotypical roles to divide up those duties, otherwise, you may end up in a major disagreement or someone will be incredibly bitter. If both of you are working full-time (as most couples do!), then decide who will cook dinner each night and handle typical household tasks. The best way to do this is to sit down and figure out what jobs fit your personality.

Some people gravitate toward the kitchen; they love to cook and are natural foodies. Other relationships may be comprised of two people who can’t scramble an egg to save their lives. If you both hate to cook, figure out a solution that works for both of you. Use meal delivery services, learn to cook together or just divvy up the dinner duties each week and figure it out on your day (hey, sometimes fast food is just fine!).

As for cleaning, everyone needs to play a part in keeping clutter and grime to a minimum. You may want to create a chore list on who does what yucky task. Then switch off each week. Never assume that one person will handle everything or always tackle the most disgusting cleaning tasks. No one likes to clean the toilet! So be a team and switch off.

Me Time, We Time and Friends Time

Your cloud of marital bliss may have you believing that you need to spend every waking moment together. You don’t. So don’t. Yes, you should have plenty of time together as a couple. However, you also need ‘me’ time and time out with your friends.

Absence makes the heart grow fonder, and if you want a marriage to go the long haul, then you need to have a life that has balance. Spend time with your friends, and expect that your partner should do the same. If jealousy is creeping in and a lack of trust bubbles under the surface during Girl’s Night or Guy’s Night, then this is an issue that needs to be addressed.

Holding on too tightly isn’t healthy for anyone. Take time to veg out solo with a book or a movie, head to dinner with a group of friends or even go for a solo run after work. But don’t expect that a ‘healthy’ marriage means spending every second joined at the hip.

You will disagree during your marriage. This isn’t a question, it’s just a given. But how you manage your differences is important. Disagreements are natural; especially when you begin your journey as a married duo. Some fights can be disarmed by early discussions (like money issues, chores, etc.). Others pop up without warning. Maybe your spouse said something completely aggravating; the two of you are stressed because of work or something else entirely. So how do you handle those little (or big) blow ups?

In the article Beware Of Mistaken Marriage Advice That “All Couples Fight,” Sue Heitler, PhD, recommends that couples should “talk cooperatively.” This is different than fighting. Step back, gain composure and talk out your issues together.

If you’re talking out your differences, it is never ok to hurl insults at each other. Some words can never be taken back, and name-calling makes you no different than children on a playground.

Separate the Small from the Big

Some disagreements are major (like infidelity) and mean a complete breach of trust. Some are minor like who’s cooking tonight. Know the difference between small and big and don’t turn the small issues into something they just aren’t. Because, really, those dirty shoes on the floor aren’t the end of your life or your marriage.

Every day you’re married is another day to make memories and live your best life together. So take each day as a separate moment. Don’t go to bed angry—it just feels awful. And try not to ever forget why you committed to each other in the first place. Say lots of “I love yous,” and don’t feel bad about swallowing your pride to say “I’m sorry.”

Marriage is about compromise, and the person you hope to spend forever with is your partner. Treat them like a partner, like your equal and expect the same from them. The first year is going to be rocky and full of new experiences—some scary, some wonderful and others downright frustrating. However, the first year isn’t indicative of the rest of your marriage. Each year brings new challenges and surprises. You’ll hold each other up during heartbreak and make each other laugh when things are unbelievably good.

When you’re planning your wedding, you’re really planning your future. The wedding, the dress and the pomp and circumstance isn’t your marriage. Don’t be entrapped by fairytale yearnings; the perfect day, a flawless photo or the amount of money you spend has no bearing on what happens when the magical day concludes and reality begins. Because marriage isn’t one day, it is the rest of your life. So love each other, trust each other and know that while the rockiness of early marriage might seem frustrating, it’s only the beginning of your partnership. And your future together is what you make it.