Loose Diamonds as an Investment

In spite of a sudden supply influx, loose diamonds have risen in popularity ever since the 19th century, mostly due to genius marketing strategies made by diamond empires. Wealthy investors have also gone seeking hard assets especially during an ongoing market crisis. Since the value of gold is breaking its own personal records, specifically during the past few years, many investors are now looking at diamonds as an alternative. 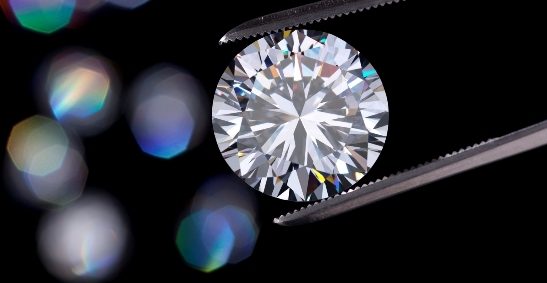 Diamonds are actually proven to be a good inflation-fighting commodity, given the fact that it beat out other commodities in 2010, according to Fusion alternative – an alternative assets investment firm that specializes in diamond investments. De beers, one of the world’s biggest diamond empire, says that even though the increase of diamond prices was limited to 7% inside the country in 2010, diamond values in China (26%) and India (37%) were much higher and have continued all the way until 2011. Since there’s a higher price and a higher demand for the commodity (caused by the current diamond investment trend), global diamond stocks were boosted dramatically as well.

Even though diamond prices went up, it still didn’t stop rich folks from investing on as many high-quality diamonds as they can. The new investment phenomenon has never happened before, according to Henri Barguirdjian, CEO of Graff Holdings. He said that his company is lately being approached by either money managers of a very rich client, or their clients themselves, who are very eager to invest in a small percentage of their wholesale loose diamonds portfolios. He further added that these rich clients used to only look at these gems as a luxury that can make their wives happy, but often neglected the financial aspect of their deal, usually going all out with the purchase. Some experts also said that these stones were a bad commodity to invest on, since there’s an issue regarding how much gems are really circulating in the market.

So as a common folk, how can you be convinced that diamonds can be a great investment? Below are five good reasons:

Portable Wealth – Not everyone trusts banks – especially if your country is under a serious economic crisis. Some cultures and countries often have more than 10% of their wealth invested in gold and diamonds.

Emergency Money – Some folks, particularly married woman, use their jewelries as security assets AKA “running away assets”, when a marriage goes wrong.

Sentimental Value – Aside from monetary value, diamonds and other form of jewelries are a great way to treat an emotional or significant occasion valuable. These items are often commonly used as a part of an inheritance.

Diamond Certification – Almost every high-end loose diamonds or jewelry out there are verified by prominent diamond labs out there via certificates. Such labs, like GIA and AGS, has a high standard when it comes to a diamond’s 4C’s.

So if you’re looking to invest in something new, or you just want to find an alternative to what you usually invest on (probably gold), then you should try investing in diamonds. Don’t miss out on the opportunity!