Who doesn’t love a good proposal? We at Brilliance live for it! We recently had the privilege of custom making this lovely couple’s engagement ring and wanted to share this romantic and memorable underwater proposal with our dear fans.

Before I get to the proposal, a bit about the ring. Tim worked with one of our diamond and jewelry experts and hand-selected a brilliant 1.52 carat Cushion-Cut Diamond, I color and VVS1 clarity, GIA certified, as the center stone. The diamond was mounted in a beautiful custom halo engagement ring setting in 900 Platinum.

Ok, so now you’re probably wondering how someone could take something so valuable underwater. I’ll let Tim tell you himself…

“Basically, I took the ring and tied it into a clam shell I had found in Saipan a month or two before. Pam accompanied me on one of my trips, and we had a long layover in Guam, in the central Pacific. Pam and I went snorkeling, and she “found” the shell. She really likes animals, and thought it was alive, as it was a whole shell. (One usually finds only halves). Anyhow, she was sad that it had fishing line on it (I was taking no chances losing the ring!) This whole time, we are snorkeling in about 4 feet of water, and just communicating by hand signals. 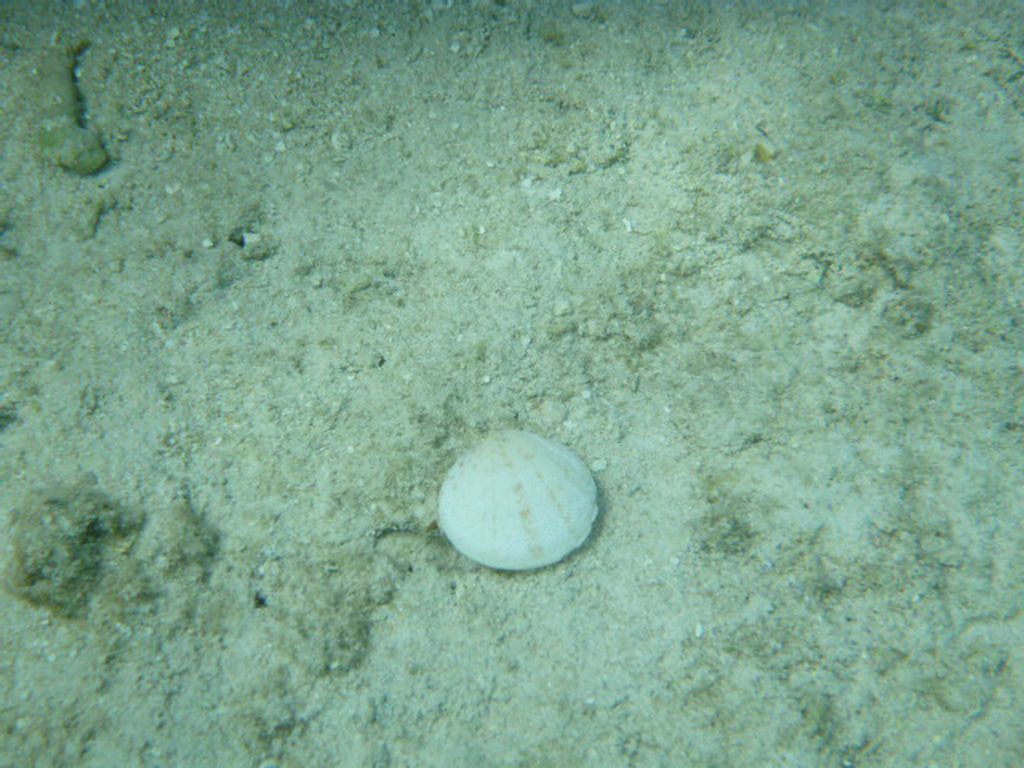 Pam indicated that I should cut the fishing line off. Then, she was going to set the clam “free” and was going to drop it into the coral. I indicated “No, open it!” She didn’t want to, as she thought she would hurt it. After 2 or three indications, with increasing insistence, she opened the shell. The sunlight through the water make the ring flash. Unfortunately, she was a bit taken aback, and brought her hand to her mouth, swallowed some sea water, and banged her knee on some coral. That wasn’t really in the plan, but she is tough and recovered pretty fast! 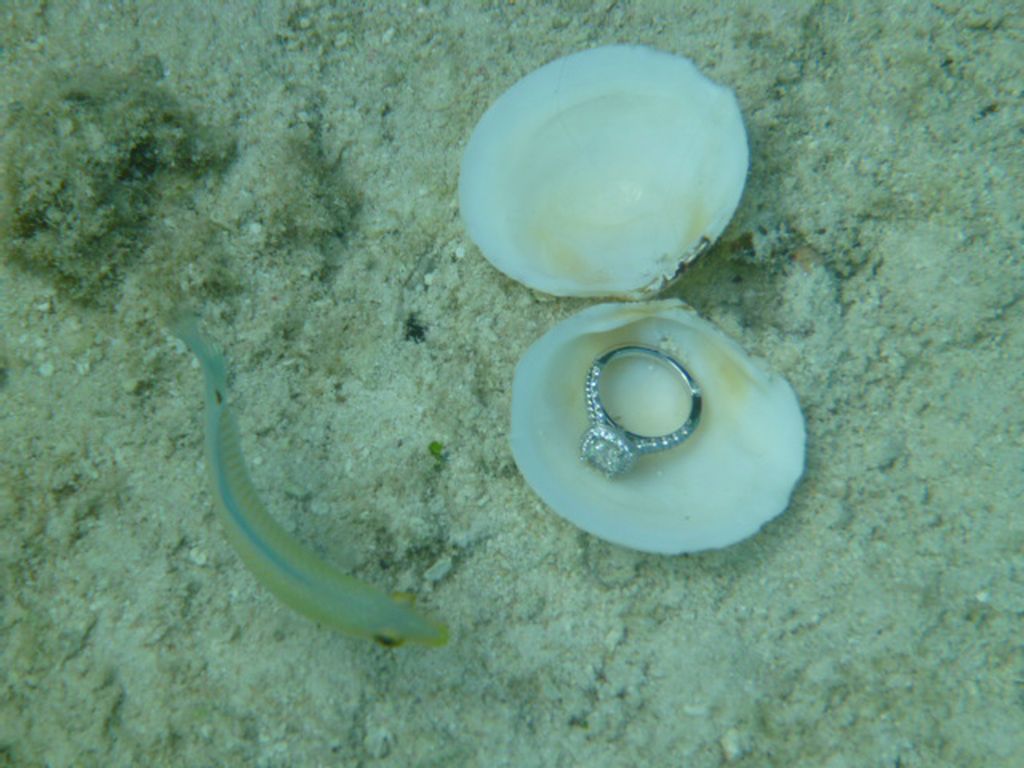 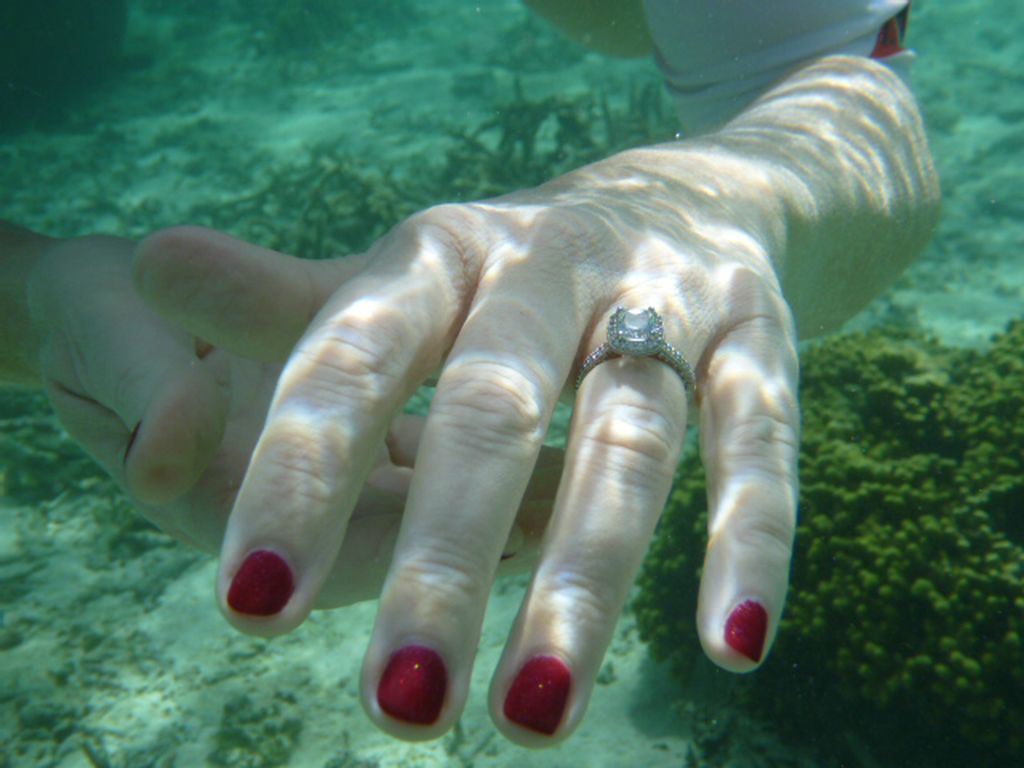 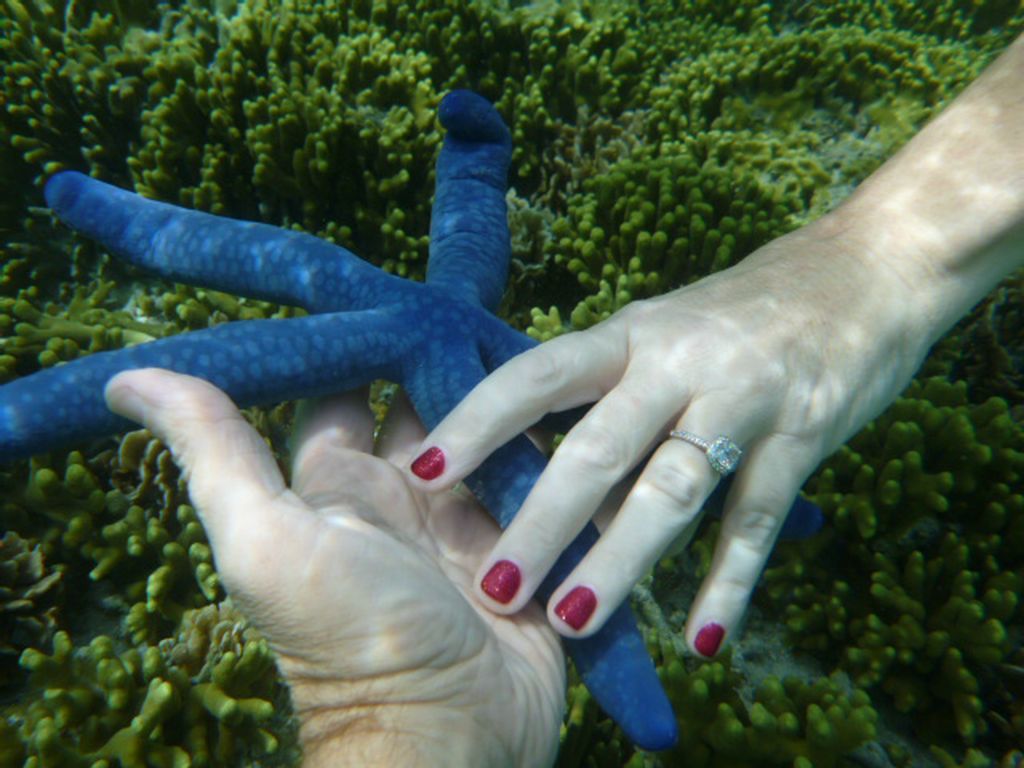 Fortunately, I had chosen some fairly shallow water, so once we were able to stand up, I asked her to marry me. As is obvious from this email, she said yes. As we exited the water, the other pilot I was with and some of the crew had some chilled champagne, and we had a very nice little celebration.” 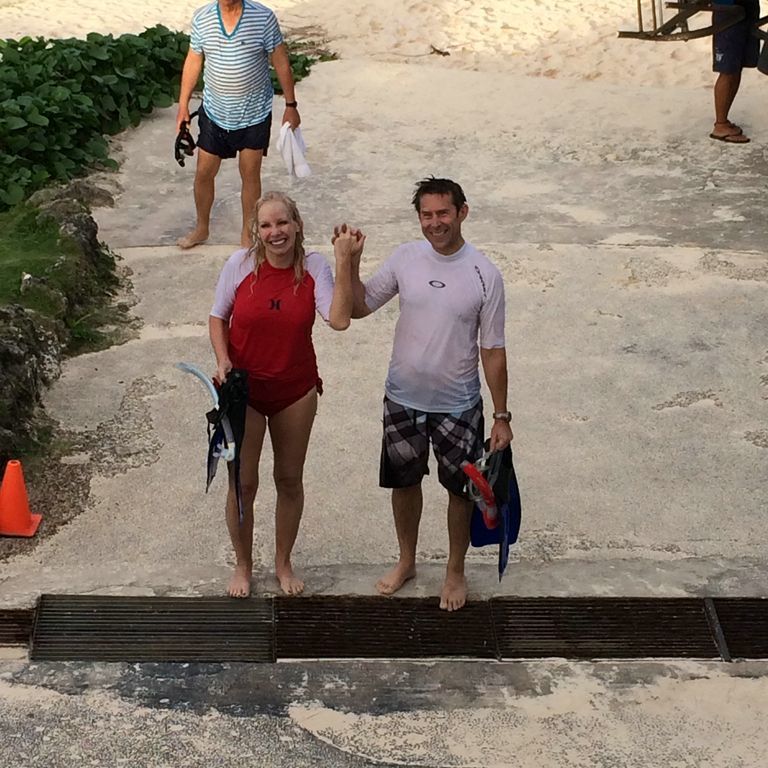 Well there you have it folks! Another epic custom proposal at Brilliance. Do you have a ring or design you would like to make a reality? Give us a call at 866.737.0754 to get started.